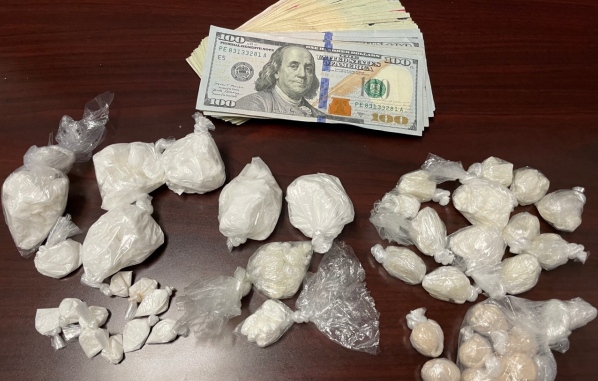 New Bedford narcotics detectives have arrested a 66-year-old man for trafficking in cocaine and fentanyl.

On September 11th, 2021, detectives assigned to the Organized Crime Intelligence Bureau received information concerning a male who was operating a drug delivery service out of his vehicle. The male was identified as a Mr. DANNY ANTONE, 66, of 60 Robeson St. ANTONE’s vehicle was observed stopped in the area of County St. near Chestnut St.

when the detectives approached it. A subsequent search of the vehicle revealed ANTONE to be in possession of over 162 grams of cocaine, over 23 grams of fentanyl and 18 grams of marijuana, all packaged for street-level sales. Three cell phones, scales and packaging materials were also located as well as $1502 in cash which was seized as being proceeds from illicit drug trade.

ANTONE was charged with trafficking in fentanyl and cocaine, as well as possession with intent to distribute marijuana. ANTONE has a history of numerous drug distribution charges which span back to 1989. He was last convicted of heroin trafficking in 2010 for which he was sentenced with 10-12 years in prison.

The lead investigator in this case was Det. Timothy Soares.

If you have any information on criminal activity in your neighborhood, the New Bedford
Police Dept. wants to hear from you. You can leave an anonymous tip on our voicemail at
(508) 991-6300 Ext. 1.

Served 20 years in the United States Air Force. Owner of New Bedford Guide.
@NewBedfordGuide
Previous Rochester Fire Department travels 22 days, 1,600 miles to honor line of duty deaths, those who perished in the 9/11 attacks
Next New Bedford Man Sentenced for Being a Felon in Possession of a Firearm and Ammunition