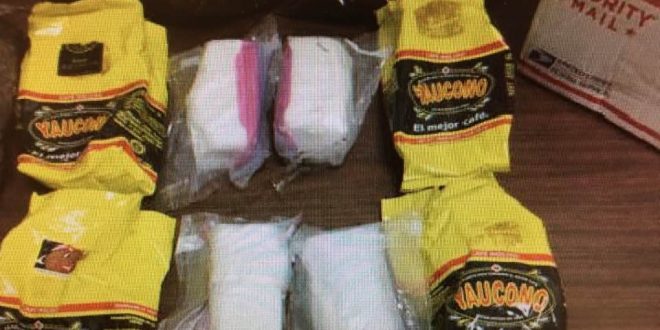 Members of the New Bedford Police Department narcotics unit arrested a 45-year-old New Bedford man with a long criminal history Saturday after more than a kilo of cocaine valued at $100,000 was found in a package he received in the mail.

Ivan Fontanez, 45, of 242 Austin St., was charged with trafficking in cocaine over 1,000 grams, distribution of class B substance (cocaine), subsequent offense, and carrying weapons or instruments on a person.

The arrest was the result of an ongoing investigation into shipment of narcotics from Puerto Rico through the U.S. mail.

Police observed that, after a package was delivered in the mail to a Weld Street address. Mr. Fontanez was arrested after leaving the address. He also carried an illegal knife in his pocket.

The package contained cocaine weighing 1,036 grams. He also had small amount of cash in his possession.

He was injured Dec. 28, 2016 in a shooting on Nye Street. He is being held at Ash Street jail pending his arraignment Tuesday at Third District Court. He was arrested at Saturday at 1:16 p.m.