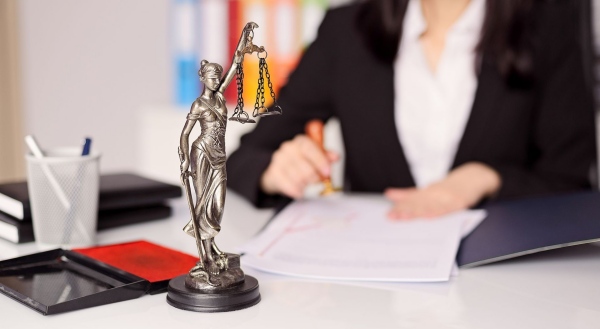 After an extensive investigation by the Financial Crimes Unit at the Bristol County District Attorney’s office, Nadine Santos was indicted by the grand jury on 14 counts of larceny over $1,200. The defendant was arraigned in Fall River Superior Court on May 19 and bail was set at $3,000. She is due back in court for a pretrial hearing June 22.

The defendant served as office manager at the law firm of Sullivan Williams & Quintin in New Bedford from 2004 until her termination in February 2020. Santos had full access to the firm’s finances and bank accounts, and she paid bills and handled payroll on behalf of the firm. From 2014 through early 2020, Santos allegedly used law firm funds exceeding $650,000 to pay personal debts on her and her husband’s credit cards. Also, from 2015 through 2019, Santos allegedly paid herself unauthorized extra payroll exceeding $200,000. Finally, Santos allegedly used firm funds to pay off her personal auto loan and make other unauthorized payments to herself in an amount exceeding $25,000.

During the arraignment, Assistant District Attorney Michael Scott, the chief of DA Quinn’s Financial Crimes Unit who investigated this matter, stated on the record that the defendant stole in excess of $900,000 fro the firm through credit card payments and payroll manipulation.

District Attorney Quinn created an​ Elder Fraud and Financial Crimes Unit shortly after he became the district attorney in 2015, which has resulted in the investigation and prosecution of a number of elder fraud and financial crime cases during the past six years.

“I would like to thank Mike Scott, chief of our financial crimes unit for the time and effort in investigating this case,, which resulted in indictments alleging the theft of nearly one million dollars,” District Attorney Quinn said.