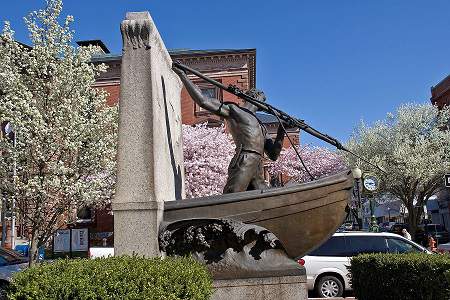 Change is in the wind for the umbrella neighborhood organization founded by long time neighborhood advocates Suzanne Braga and Loretta Bourque. Neighborhoods United has been the premiere group of neighborhood leaders since its inception over twenty years ago. Chairs of the various neighborhood groups throughout the city meet regularly to share information and pool resources for events and constituents service. NU, as it’s known, has even inspired some of its advocates for the community to continue their service to the community as city councilors, like Deborah Coelho, Linda Morad and Henry Bousquet.

The group met after a short hiatus this summer to discuss its future and has chosen new leadership. Gerald J. Pinto of the Brooklawn Neighborhood Association has been unanimously elected the organizations new president, and Kenny Resendes of the Bullard Street Neighborhood Association was also elected as the groups vice president as part of the same slate of new officers offered up Wednesday night October 9th 2013. Robert Souza of the Far North End Association will remain the group’s treasurer, and Celeine Saraiva will also remain as the Secretary for the group. A new position was added to the charter, Senior Advisor, to reflect the groups desire to retain Suzanne Braga as an advisor to the panel.

Gerald J.Pinto later spoke about how to begin to build and recruit new leaders and to foster fledgling groups. The group discussed visiting newly organized Arnold Street Neighborhood Association, and developing a program to get the youth involved as neighborhood leaders. Gerald said, “It’s an exciting time for our group, we want to grow and diversify, to ensure the longevity of the neighborhood group forum. It’s an important part of the fabric of our community.”