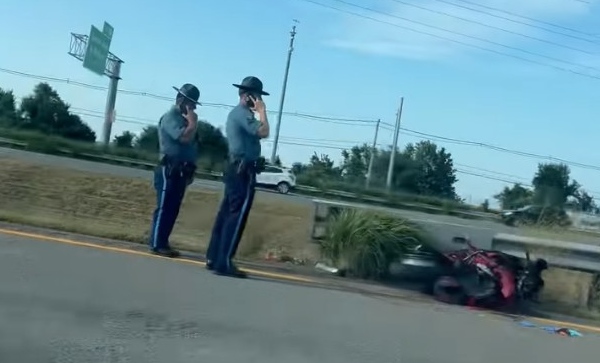 Motorcyclist hospitalized after serious crash on Rt. 195 in Westport

At approximately 6:45am this morning Massachusetts State Police responded to report of a motorcycle accident on on Route 195 in Westport near the Fall River line.

Upon arrival, responders found a motorcycle resting against the guardrail with its seriously injured rider lying unconscious nearby. The injured motorcyclist was taken to Rhode Island Hospital with life-threatening injuries.

Traffic was backed up due to the accident on 195 westbound before exit 14B to Route 24 north and on the Route 88 on-ramp to 195 up until approximately 8:00am.