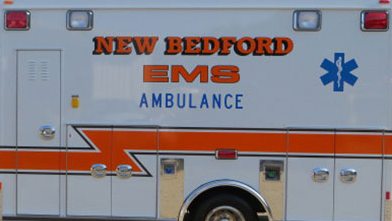 Officials will showcase one of the two newest public safety vehicles acquired by the City of New Bedford on Tuesday, January 20, 2015 at 10:00 A.M. in front of City Hall (133 William Street, New Bedford, MA 02740). In 2012, when Mayor Mitchell first took office, the average age of the EMS fleet was more than 8 years old. With the acquisition of new ambulances last year and again this year, the frontline fleet now consists of 2013 and 2014 models. With these purchases, the City has been able to enhance service at no additional cost to the taxpayers.

Police, Fire, Emergency Medical Services equipment and vehicles have been identified as top funding priorities for the City of New Bedford in the biennial Capital Needs Assessment in the Capital Improvement Plan (CIP). The CIP is the City’s first long-term plan developed to address the facilities and equipment needs of city government. Mayor Mitchell directed Chief Financial Officer, Ari J. Sky, to develop the Plan and it was first introduced in the fall of 2013 and was updated this year through 2019. The plan was designed to ensure that the highest priority projects, like public safety vehicles, receives public funding in a manner that is in keeping with the City’s ability to pay.