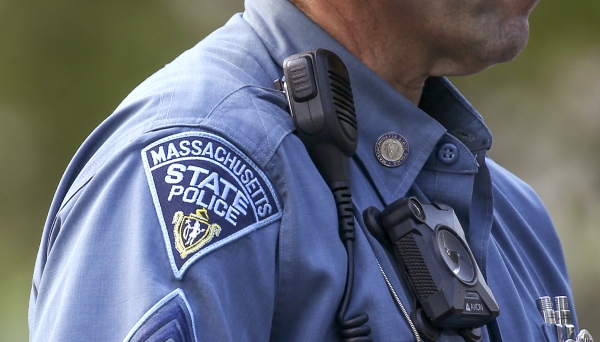 “A Massachusetts woman has been arrested after reportedly driving into several cars and nearly killing a Massachusetts State Trooper.

According to the State Police Association of Massachusetts, early Monday afternoon at about 4:30 p.m., Troopers at the H-6 Barracks received a 911 call from a driver reporting an erratic operator traveling North on I-93 in Milton. The 911 caller reported a car had struck the rear of their vehicle multiple times and then fled the area. Using the description provided by the 911 caller, Troopers were able to locate the vehicle on l-93 North in the area of the Savin Hill overpass.

A Trooper activated their emergency lights and sirens in an attempt to stop the vehicle. However, the operator failed to stop. Troopers then chased the vehicle a short distance to the Southampton Street exit where one of our members had positioned themselves. Rather than stop, the driver instead turned the vehicle towards a Trooper staged outside of the cruiser. The suspect accelerated towards the Trooper, forcing them to dive out of the way as the suspect made contact with the vehicle.

During the incident, with assistance from Boston Police, no civilians, Troopers, or fellow law enforcement officers were injured or killed. At least 10 vehicles were struck by the suspect during the incident.

The suspect is a 29-year-old female from Marshfield. She was transported by Boston EMS to a local area hospital for a psychiatric evaluation. Once completed, she will face charges of negligent operation of a motor vehicle, assault and battery with a dangerous weapon (vehicle), failure to stop for a police officer, numerous counts of leaving the scene of an accident and countless other chapter 90 motor vehicle infractions.” -State Police Association of Massachusetts.