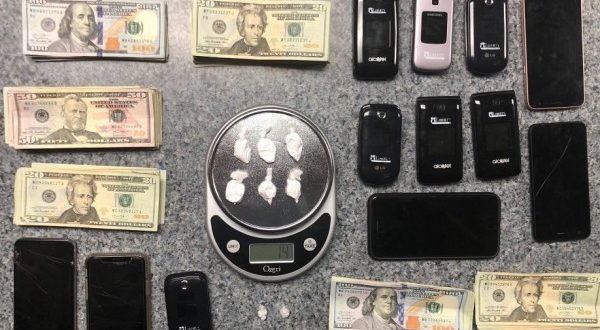 A motor vehicle stop last night at about 6:30 p.m. on West Chestnut Street in Brockton led to the arrest of two men for trafficking in fentanyl, among other charges.

Members of the Troop D Community Action Team initiated a motor vehicle stop of a 2011 Nissan Altima on West Chestnut Street in Brockton for illegal window tint. The vehicle turned into the driveway of someone unrelated to them without signaling. Upon approaching the vehicle, the troopers observed the occupants of the vehicle to be engaging in furtive movements, causing the troopers to be in fear for their safety. After getting the occupants out of the vehicle, troopers located quantities of substances believed to be fentanyl (approximately 14 grams) and crack cocaine (approximately 2 grams) inside the vehicle. They additionally located more than $1,700.00 in cash on the operator, AYOUB BOUBIT, 23, of Arlington, and more than $6,900.00 on a passenger in the vehicle, ANTONIO MARTINS, 24, of Brockton.

Both men were placed under arrest on the following charges:

• Trafficking in fentanyl
• Conspiracy to violate the drug laws

Both men were held on $1,000.00 bail pending their arraignment in Brockton District Court.

Previous Massachusetts State Police K9 “Chico” passes away after 7 years of service to the community
Next The South Coast Hot Jobs List – September 15, 2019