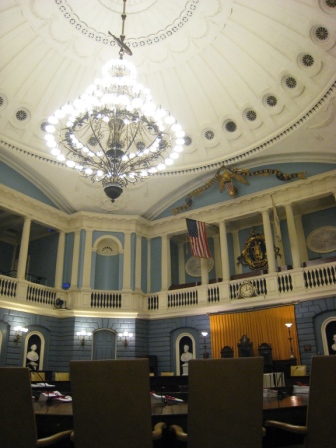 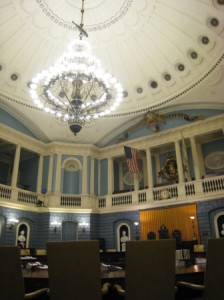 The Massachusetts Senate on Thursday unanimously passed “The Valor Act” – new legislation that will expand benefits and increase access to a range of services for veterans, active-duty military and their families, Senator Mark C. Montigny (D. New Bedford) announced.

“Today, the Massachusetts Senate recognized the service and sacrifice of our veterans and active-duty members by engrossing the VALOR Act,” Senator Montigny stated.   “We must honor our veterans and members of the armed service with action, not just words. This legislation provides additional benefits and services not only to those who served our great Nation and the Commonwealth, but also ensures support for their families and loved ones.”

“I am proud to support this bill and proud of the bill’s sponsor, Senator (Michael) Rush, who not only serves this Commonwealth but has put his own life on the line to protect the citizens of our nation,” Senate President Therese Murray (D-Plymouth) said. “Massachusetts does more than any other state to support its veterans. Even during recent fiscal challenges, we increased funding for outreach centers, homelessness services and mental health training to provide for the rising demand of returning veterans. The Valor Act will continue our strong tradition of supporting veterans and military families.”

Senator Rush (D-West Roxbury), a lieutenant in the United States Navy, returned in December from a 10-month deployment to Iraq as an intelligence officer in the Navy Reserve.

“This omnibus veterans legislation encompasses some of the very best ideas presented by my colleagues in the legislature and the veterans of the Commonwealth to assist veterans and their families with employment, education and services at a time when we are seeing an increase of military men and women returning from deployment overseas,” said Senator Rush, Senate Chair of the Joint Committee on Veterans and Federal Affairs. “We want to ensure that Massachusetts remains number one in the nation in providing for our veterans, men and women in uniform, and their families. This legislation goes a long way in bringing this goal to fruition.”

The bill works on many fronts to help veterans and active military members improve business, educational and housing opportunities. For example, through the formation of public/private partnerships, it facilitates seed money for the start-up and expansion of veteran-owned businesses. It also promotes the participation of disabled-veteran business owners in public construction and design projects.

The legislation also removes certain educational obstacles by requiring the state’s public institutions of higher learning to adopt new policies and procedures for awarding proper academic credit for a student’s prior military training, coursework and experience.

The bill also makes it easier for the children of military personnel to transfer between school districts and states, joining 42 other states in the Interstate Compact on Educational Opportunity for Military Children.

The bill also helps the courts better recognize veterans issues by making sure veterans and service members facing criminal complaints have a properly recorded military history and are considered for diversion and treatment options if eligible.

The Valor Act also does the following:

The Valor Act, which now goes to the House of Representatives for consideration, is the legislature’s latest effort to support veterans, military members and their families.

The legislature has also supported the MERIT Plan, providing new property tax and excise tax exemptions for active-duty military and veterans and their families, and has passed additional legislation allowing for increased cash bonuses for those returning from multiple tours of duty and work preferences for disabled veterans.