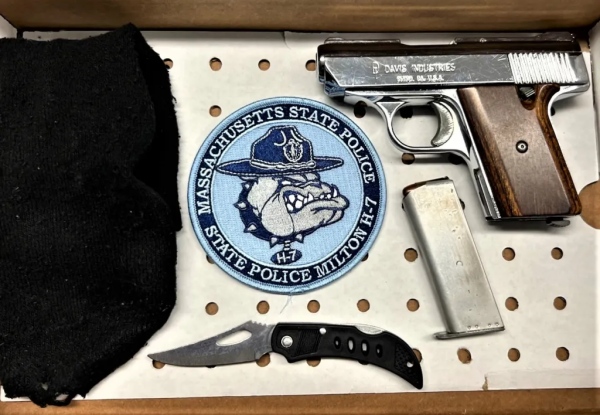 “At approximately 1:30 a.m. on Sunday, Trooper Thomas Shruhan, assigned to State Police-Milton, was on patrol stopped at a red traffic signal on West Street and Hyde Park Ave in Hyde Park. As Trooper Shruhan’ s signal turned green he began into the intersection but had to stop short due to a Honda sedan that failed to stop for the intersecting red signal. Trooper Shruhan also observed the Honda to have illegally tinted windows. He caught up to the Honda then initiated a traffic stop.

TURNER was placed under arrest and transported to the Milton Barracks for booking. The operator of the vehicle was issued a criminal summons for Operating a Vehicle with a Suspended License and allowed to leave the scene. TURNER was able to post $40.00 bail and scheduled for arraignment at West Roxbury District Court on the following charges: