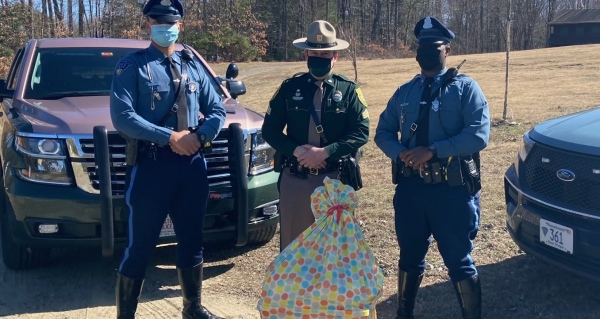 “The New Hampshire State Police recently asked us to assist them in delivering an Easter Basket to a young girl who recently lost both parents.

In February of this year, the child and father were involved in a serious crash. The father was killed in the crash. Eighteen months prior, the child’s mother died unexpectedly in her sleep. The child now lives with grandparents in Windsor Connecticut.

The New Hampshire State Police raised more than $1,000 to purchase an iPad for the girl and also filled an Easter Basket with other goodies.

Yesterday, New Hampshire State Troopers carrying the Easter Basket met Massachusetts State Troopers in Northfield, Mass., just over the state line. MSP Troopers transported the basket to Enfield, Conn., where they met up with Connecticut State Troopers, who took the gifts to the young girl in Windsor.

We wish her a future filled with love, peace and the blessings promised by this special day.”-Massachusetts State Police. 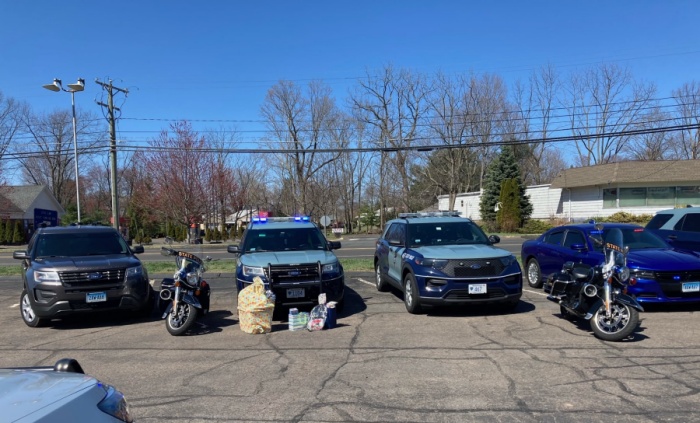