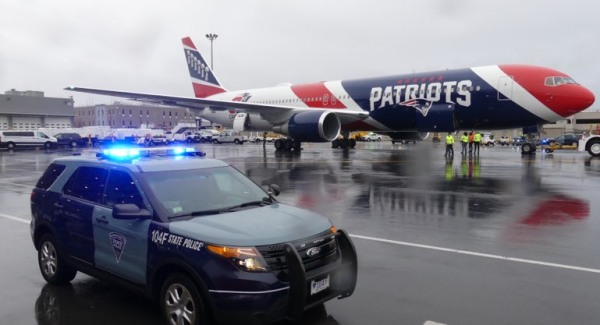 “State Public Safety Secretary Thomas Turco, Massachusetts State Police Colonel Chris Mason, and numerous MSP Troopers and Massachusetts National Guardsmen were on hand this afternoon at Logan International Airport to provide security for the arrival of the New England Patriots plane carrying a shipment of more than a million critically-needed medical masks. The masks will be provided to health care personnel treating Coronavirus victims in Massachusetts and New York.

The acquisition of the approximately 1.2 million masks from China was accomplished by Governor Baker. Patriots owner Robert Kraft donated the team’s plane and flight crew to pick up and transport the masks to Massachusetts.

From Logan, the masks are being distributed to a Massachusetts site from where they will be distributed to various hospitals, with a separate portion of them being trucked to New York City for medical personnel there. 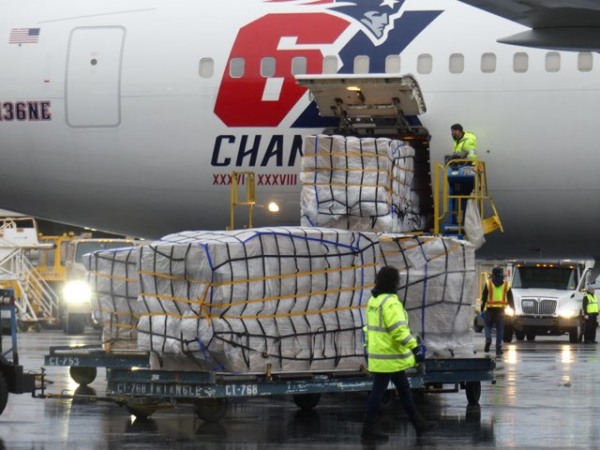 The National Guard is undertaking the shipment to the Marlboro, Mass., equipment marshaling and distribution site, with MSP Troopers escorting them.

The second shipment of masks from Logan to New York City is being transported by the Patriots’ tractor-trailer unit. MSP Troopers will escort that shipment the entire route to its destination in NYC. Along the transport route, MSP cruisers providing the escort will be joined periodically by cruisers from Rhode Island State Police, Connecticut State Police, New York State Police, and New York Police.

Additionally, while in the Tri-State area, the MSP Troopers will fulfill a side mission in support of New Jersey State Police. NJSP personnel are in need of additional personal protective equipment. The MSP escort cruisers are carrying 2,000 protective masks and a supply of hand sanitizer from our Department stockpiles. The MSP escort cruisers will meet up with a NJSP and transfer the supplies to them to help keep their Troopers safe.” 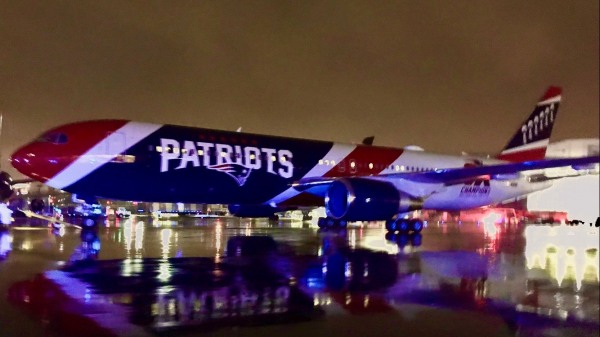 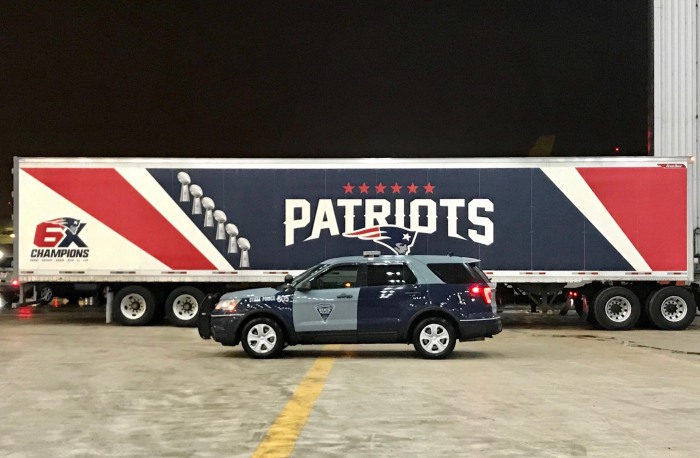