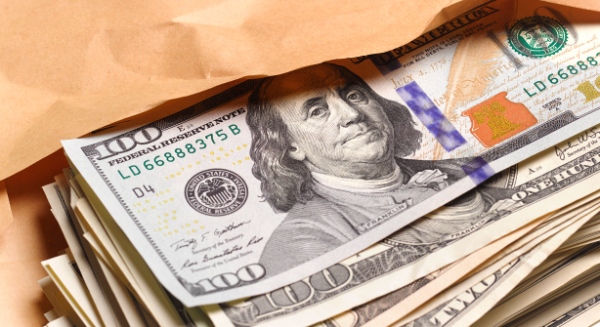 Department of Revenue tax collectors raked in $2.359 billion last month, almost $300 million or 14 percent more than expected but a drop of $85 million or 3.5 percent compared with actual collections in October 2021.

Revenue Commissioner Geoffrey Snyder said Thursday that DOR has collected $11.565 billion in tax receipts through four months of fiscal year 2023. That’s $369 million or 3.3 percent more than collections through the same period of fiscal 2022 and $529 million or 4.8 percent more than what the administration was expecting to have brought in by this point in the year. He said October’s results were marked by a year-over-year decrease in the non-withholding income tax, corporate and business tax, and “all other tax” categories.

“These decreases were partially offset by increases in withholding and sales and use tax. The decrease in non-withholding is primarily driven by two offsetting factors: an increase in income tax refunds (outflows) related to passthrough entity (‘PTE’) member credits and a partially offsetting increase in income tax return payments,” Snyder said. “The decrease in ‘all other tax’ is primarily attributable to estate tax, a category that tends to fluctuate.

The increase in withholding is mostly due to the timing of the receipt of withholding payments: certain payments received in October 2022 were captured in November in 2021. The increase in sales and use tax reflects, in part, continued strength in retail sales.”

There are no individual or business taxpayers that make significant estimated payments during October, DOR said, which makes the month a less notable one for state tax collections. The month generally accounts for 6.5 percent of the annual haul. A report about November revenues will be due from DOR on Monday, Dec. 5.

The benchmark for November collections has been set at $2.161 billion, DOR said. The benchmarks are all based on the assumption — agreed to by legislative leaders and the Baker administration — that fiscal 2023 revenue will total $39.618 billion. Without an adjustment, that would be a drop of almost 4 percent from the $41.105 billion that was hauled in during fiscal year 2022, a year in which state tax revenue surged so high compared to wage growth that it triggered a long-forgotten tax relief law.