Over the last month, the Massachusetts State Police Violent Fugitive Apprehension Section (MSP VFAS) and the State Police Detective Unit for Bristol County (SPDU), along with partner agencies, have assisted the Maine State Police in tracking and arresting two of four suspects wanted for the shooting homicide of a man in Machias, Maine.

The investigation by Maine State Police initially identified three suspects involved in the Nov. 4 homicide. All three had ties to Massachusetts; subsequent investigation determined that two of the three were not in Massachusetts, but that the third suspect, NATHANIAL R. GENAO, 23, was likely in the New Bedford area. 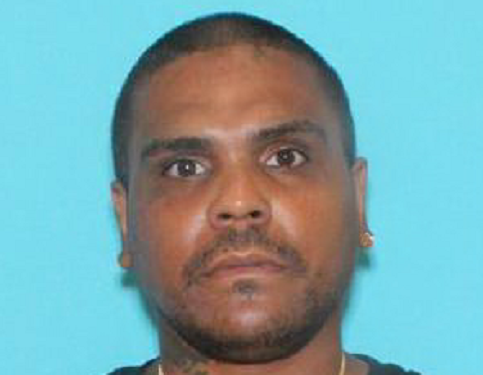 On the morning of Friday, November 19, Troopers assigned to MSP VFAS and Bristol SPDU, along with Maine State Police Major Crimes Unit Detectives, New Bedford Police officers, US Marshals Service Deputies, and members of a US Marshals Task Force, located and arrested GENAO, who was staying in an apartment at 63 Rye St. The other two suspects were placed under arrest in Texas later the same day. GENAO was taken into custody on a fugitive from justice warrant.

As the investigation into the Machias homicide progressed, Maine investigators identified the fourth suspect as JORGE LUIS PAGAN SANCHEZ, 41, who had ties to the Taunton area. Early this morning (Friday, Dec. 3), MSP VFAS Troopers, along with Troopers from the State Police-Middleborough Barracks, Maine State Police Major Crimes Detectives, Taunton Police Officers, and Massachusetts Parole Officers checked several locations in Taunton for PAGAN SANCHEZ. One addressed visited by members of the arrest team was an apartment at 325 Tremont St., Taunton.

After being denied entry into the residence, Troopers and Officers set up surveillance of the building. Approximately five minutes later, they observed PAGAN SANCHEZ running from the residence. MSP VFAS Trooper Jason Flannery, along with State Police-Middleborough Troopers Nathan Robitaille and D.J. Tucker and Massachusetts Parole Officer Brian McGaffigan caught up to PAGAN SANCHEZ on Tremont Street and placed him under arrest as a fugitive from justice.

Troopers transported PAGAN SANCHEZ to State Police-Middleboro for booking. As with the other suspects, prosecutors will arrange his rendition to Maine to answer to the homicide charges.