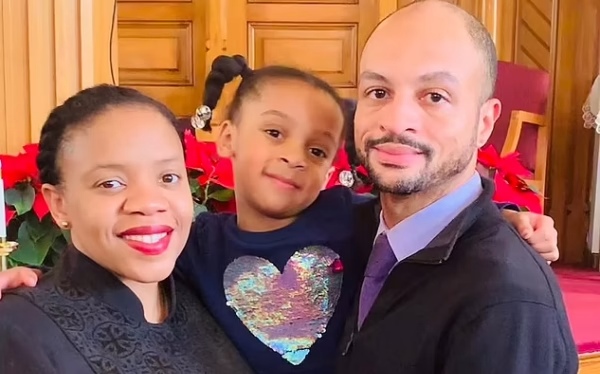 “Our family did not get the apple cider donuts we’d been looking forward to all day at Connors Farm in Danvers this Labor Day. What we did get at Connors Farm was a traumatic experience of being falsely accused of stealing apples. And to boot, they accused us of stealing while we were on our way to their farm store to buy more stuff, to spend more money at their establishment.

Our family of four visited Connors Farm as the last fun summer adventure before school starts. It was our first time at this facility, and we instantly loved it. As we walked the grounds, we discussed having my oldest daughter’s next birthday party there and were thinking of other opportunities to come back. Our 18-month-old was so happy, and our 7-year-old stated many times that it was the best day ever.

We spent more than $100 on all-day admission, fruit picking as well as food and drinks. We also donated to the James and Robert Connors Scholarship Foundation that was marketed at the property. Throughout the day, the staff was gracious and helpful. But that dramatically changed as we were approaching the end of our day.

As we were leaving the apple orchard area and heading toward the farm store, I assessed our bag to ensure the apples and peaches fit in it. I realized that our little ones, in their apple-picking excitement, had picked up a few more apples than fit in the bag. I assumed we’d have a chance to pay for the extras in our final checkout. With families being primary customers, surely, we couldn’t be the first to have excitedly over-picked by a few apples—six in our case. We planned to purchase our apple cider donuts to finish our trip with this New England tradition.

This is where things took a turn for the worse.

Before we got to the farm store, an unidentified security officer stopped us for having too many apples that were not in the designated apple bag that we had paid for. The bag, which had been placed at the bottom of the stroller, had fallen over, and some of the fruit had fallen out as we were walking to the farm store. Is this what put Connors Farm security on alert?

He, along with another security person who was present, then escorted us to the farm store building. They then proceeded to search my purse for more “concealed” fruit. Of course, there wasn’t any! I asked the person why were we being treated this way? And did they treat other guests this way?

As it became apparent that the security guards, along with a third employee who was located in the farm building, were accusing our family of stealing, our outrage at the false accusation and the embarrassment and confusion it was causing us grew stronger. We asked to speak to the manager. That third employee, who was not present when the security guards initially engaged us, said he was the manager. He had not identified himself to that point, and he had no obvious identifying tags or anything to confirm his assertion. We then asked to get the contact information for the owner in writing. He refused. When we pushed further for the owner’s information, he called the police.

The police officer was tempered. However, despite our visible frustration and attempts to explain the situation, he never took our position seriously. Rather, his actions and words assumed that the manager’s narrative was accurate and then accused us of “playing the race card.” And he did so even as the manager made questionable assertions, including that if we did not pay for the apples, Connors Farm could not resell them because we had already picked them. Really? Connors Farm literally sells buckets of apples destined to be shot out of cannons and explode on contact with a target. Is this how Danvers treats its visitors?

Why was this happening? We looked at each other, wondering. What made them suspect us of stealing? Had our skin color influenced their thinking? Were we presumed guilty because we are an African American family? Why hadn’t they taken a much simpler, customer-friendly route and presumed our innocence with a simple reminder on what to do with any fruit that did not fit in the bag?

Rather than asking questions, listening, and providing paying customers with customer service, the manager asserted, “It’s my responsibility to prevent stealing.” By jumping straight to an assumption of theft, Connors Farm created a scene, harassing us and causing our 7-year-old to burst into tears, anguish that lasted well into the evening. All for a handful of apples picked with enthusiasm by the family who’d paid to be there, donated to the local charity, and had planned to finish off an otherwise excellent Labor Day outing with buying traditional apple cider donuts and other products.

This was a horrible experience for our family, and we want three things:

• A written apology from Connors Farm owners
• The money we spent at Connors Farm refunded in the form of a donation to the Essex County Community Foundation, with the specific purpose of supporting their racial equity work
• A commitment from the Connors Farm ownership and the Danvers Police Department that their staff will undergo diversity, equity, and inclusion training
After we got back to our home, we realized that in the trauma of the moment, that the bag that we paid for was not refilled to its full capacity. As a result, Connors Farm overcharged us for extra fruit. What would those six extra apples have cost? A total of about $4.00. We are left wondering, was it ever about the apples?
With deep concern,

In response to the incident, Connors Farm made the following statement on their Facebook page:

“We regret the incident that happened this past weekend. We have extended our personal apology to the family. We do our best to train our employees to handle all customer issues with courtesy and respect at all times.

We are taking further steps to ensure that staff will undergo diversity, equity, and inclusion training. Please know that everybody is welcome on our farm.”-Connors Farm.