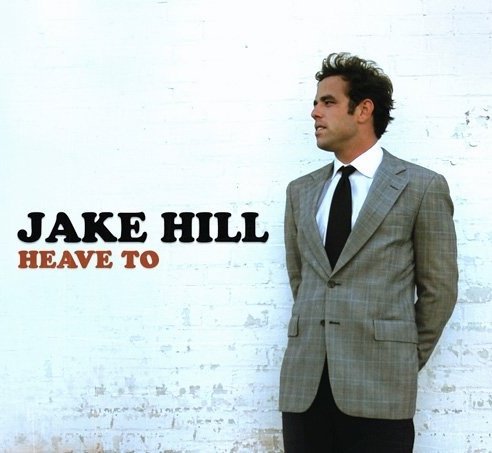 Plimro Records recording artist, Jake Hill, will be appearing at the Zeiterion Theater on November 4th as part of the new Stage Door Series at the Z. You’ll enter the Stage Door on Spring Street and be treated to a seat at a table right on the stage! An intimate evening in the theater. I recently spoke to Jake about his recording experiences and life in general. He is a very interesting guy and very dedicated to his music which can be described as Americana. When I listen to Jake’s music I’m reminded of Woody Guthrie and Bob Dylan with a Creedence Clearwater Revival beat and exuberance. I highly recommend that you attend this show- only $15/ticket: A Bargain! (Seating is limited to 125 so get on it!) At all the Stage Door Series shows, there is a full cash bar, coffee bar and decadent desserts for purchase. Show starts at 7:30, general seating. Tickets are sold at the door and they can also be ordered online at www.zeiterion.org or by calling the box office at 508-994-2900.  Jake Hill’s latest CD “In The Mountain’s Shadow” is now available.

BUTCH McCARTHY: Tell me about yourself, Jake!

JAKE HILL: I am a born-and-raised Plymouth boy and have been performing music in some fashion or another since the 4th grade when I started squeaking on the Alto Saxophone. Played Baritone Sax in a skat band in high school. Played bass and sang in a pop-punk band in high school. Yet it wasn’t until I went to college at the University of Arizona in Tucson where I found the music that I was supposed to play for the rest of my life. Americana music grows out of the rocks and sunsets in Arizona.

BUTCH: I heard you recorded your latest CD in one day! Tell me a little about that experience.

JAKE: This past album we recorded in about seven hours. All said and done. We didn’t intend on doing it in such short order, but we did intend on going into the studio as prepared as possible, with fully developed songs, and planned to give ‘er hell. A lot of this is the fault of Mark Bryant (Owner/Engineer/Producer at Seasound Studios and Plimro Records). I have fully enjoyed making the past two records with Mark Bryant, because he is a man who chooses to have no B.S. in his recordings, and I am a man who chooses to have no B.S. in my songs. It makes total sense if you know the both of us, and was surprising to those who were outside of the studio, but not to any who were there. I owe a sea of thanks to my band mates who just straight-up played there guts out, and were tough as nail’s when Mark advised us to keep laying it down hour after hour. It was the coolest seven hours of my life to date.

BUTCH: What are the names of your band mates?

BUTCH: Have had any interesting gigs of late?

JAKE: I had a lot of interesting gigs this summer. I was very fortunate. While some would think opening for Huey Lewis and the News at the Cape Cod Melody Tent would be the most interesting, it was actually playing a backyard show up in Prince Edward Island, California. My father and brother go up there for the summer each year and this year my new album proceeded me and the neighborhood asked me to play a little backyard concert and a bunch of people were singing along to all the words. They also had as much potato moonshine as you wanted, which helps with the singing.

BUTCH: When can we expect a new CD?

JAKE: We are starting the new record on November 3rd. We’re not planning on taking forever on it, but we’re not planning on shotgun style either. We’re planning on kicking ass, and that’s all. We are hard at work rehearsing and focusing and cannot wait for everyone to hear this batch of tunes!

JAKE: My homeboy Scott Gordon Bleicher of Brooklyn, New York for doing 100% of the work–story board to editing board–besides my having to be there and look cocky–on our three music video piece’s we did for “In The Mountain’s Shadow”… filming of the lead single of “Any Kinda Work Today” to start on Saturday Nov. 6th.