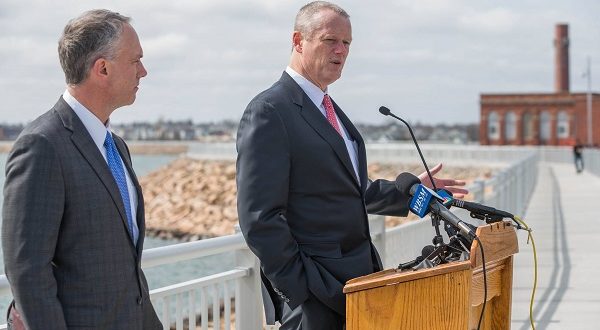 Governor Baker eyes 3,500 coronavirus tests per day in Massachusetts by next week

Since testing for the highly-contagious coronavirus began in Massachusetts three weeks ago, the state and local labs have conducted about 2,280 tests. But by the beginning of next week, the governor and state officials are hoping to conduct 3,500 tests each and every day.

Baker, Lt. Gov. Karyn Polito and Health and Human Services Secretary Marylou Sudders toured Quest Diagnostics in Marlborough on Thursday morning as the lab ramps up to be able to test 20,000 people per day across the country. CEO Steve Rusckowski said the company hopes to eventually be able to test 2,000 to 3,000 samples per day from Massachusetts patients.

“We believe that over the course of the next several days and weeks there will be an enormous increase in the amount of testing that takes place on a daily basis here in the Commonwealth of Massachusetts,” Baker said. “[It] can’t happen fast enough but I do believe that with the pivots and the adjustments that are being made by organizations like Quest here in Marlborough and by many of our hospital partners and by the state lab and other organizations, we will get to the point where we’re doing the amount of testing every day that we believe that we need to be doing.”

Until last Thursday when Quest Diagnostics and LabCorp received federal approval to begin testing for COVID-19 in Massachusetts, the state’s public health lab was the only local testing option. Since then, Massachusetts has worked with hospitals, other private labs like Thermo Fisher and the Broad Institute of MIT and Harvard to expand the state’s capacity to test for the coronavirus and to implement drive-through testing sites.

Baker said Thursday that testing is key to the state’s goal of spreading out the rise of infections in order to avoid a spike in cases that would overwhelm the health care system.

“I think the biggest problem we’ve got in dealing with all of this is getting far enough ahead to believe that we have the capacity to play a proactive game here,” he said. “And a big part of the pivots the labs like Quest are making, the approval processes that we’ve been able to get out of the feds with respect to our own state lab and academic medical center labs here and places like the Broad are part of what we need to do.”

The Department of Public Health reported Wednesday that the state lab had conducted 1,743 coronavirus tests as of 7:30 a.m. Wednesday. Of those, 224 were identified as positive cases of infection. As of 11:30 a.m. Wednesday, LabCorp conducted 306 tests resulting in 11 positive results, Quest Diagnostics has run 222 tests leading to 12 positives and the U.S. Centers for Disease Control has confirmed the other nine positive cases.

Sudders said Thursday that, using South Korea as a model, Massachusetts needs to be testing 3,500 people each day at a minimum, though she said she does not consider it a goal because “I don’t want to limit” the number of tests conducted. She suggested that 3,500 tests per day is simply the first number the state would like to ramp up to. The 3,500-per-day level “would be a good place to build from in our state,” she said.

In addition to ramping up the number of tests conducted, Sudders said the state is also working to put in place a prioritization of testing.

“The prioritization is front-line health care workers and first responders are obviously the very first individuals, then individuals who are hospitalized and sick to determine whether they have an upper respiratory illness COVID-19,” Sudders said.

Baker said Thursday that testing is just one piece of the puzzle, but that the increase in testing will lead to an increase in the number of cases identified here and will give rise to other problems.

“We need to get to at least 3,500 a day. But even once you get to 3,500 a day you have a whole series of other issues you have to start to deal with and respond to,” after ramping up testing, he said. He specifically mentioned the supply chain for personal protective equipment for health care workers and working with the federal government to ensure that there can be a steady stream of the essential gear for hospitals and others who need it.

Baker said he and other governors have “been banging on the door the federal government” to secure equipment from the national stockpile, and repeated his call for Washington, D.C., to similarly expedite its response to the pandemic.

“We in Massachusetts are doing the things we need to do to catch up, but there’s no question that the federal government has a lot of catching up to do as well,” he said.

During a press conference at the White House late Thursday morning, Vice President Mike Pence said that the nation’s testing capacity is increasing every hour.

“We want the American people to know once again that testing is available in all 50 states and it is becoming increasingly available literally every hour of the day,” Pence said. “Because of the public-private partnership that the president initiated several weeks ago with major commercial labs, I’m pleased to receive a report today that tens of thousands of tests are being performed every day.”

Pence and President Donald Trump both said Thursday that they are planning to speak by phone with the nation’s governors later Thursday.