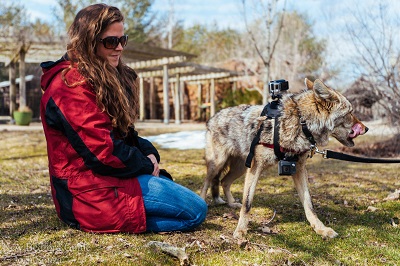 A Walk with Cody the Coyote at the Buttonwood Park Zoo

Zoo staff spent several months acclimating Cody to his new surroundings with the goal of making him an animal ambassador for his species. Since coyotes are shy and skittish by nature, it took considerable time and effort to get Cody to become comfortable with all the sights and sounds of the zoo.

Visitors may now regularly see zoo staff and Cody out on walks exploring the zoo, educating visitors about coyotes, and allowing an up close look at one of the zoo’s newest members. Many of the animals residing at the zoo, like Cody, are orphaned or injured wildlife that can no longer be returned to the wild.