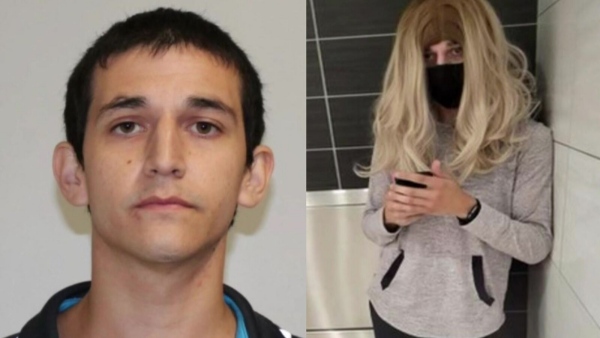 California man indicted for allegedly filming an 11-year-old Massachusetts girl, others, while naked

“Case arose following an investigation into allegations that defendant, while dressed in a wig and women’s clothing, attempted to surreptitiously record minor females in bathrooms and changing rooms using pen cameras affixed to his shoes.

A California man has been indicted by a federal grand jury in Boston for allegedly surreptitiously filming an 11-year-old Massachusetts girl as she changed in her bedroom.

Jacob Guerrero, 23, of Woodland, Calif., was indicted on one count of sexually exploiting a child. Guerrero was previously arrested and charged by criminal complaint on April 14, 2022. He remains in federal custody.

“Mr. Guerrero is alleged to have targeted and followed young innocent children in our communities – one of whom being an 11-year-old girl he allegedly preyed upon and exploited for the purposes of producing child pornography,” said United States Attorney Rachael S. Rollins. “Child exploitation is one of the most heinous crimes and perpetrators will be aggressively pursued by this office. We will not hesitate to exhaust every resource necessary to identify and prosecute those who seek to sexualize and harm our most vulnerable population, our children.”

“Jacob Guerrero is an accused child predator who went to great lengths to sexually exploit an innocent, 11-year-old girl. The conduct we allege in this case is horrific, and it’s also a prime example of how a child can be victimized in their very own home,” said Joseph R. Bonavolonta, Special Agent in Charge of the FBI Boston Division. “While we are grateful to have put a stop to Mr. Guerrero’s behavior, the FBI will continue to work with our law enforcement partners to identify, investigate and arrest others like him who seek to commit crimes against children.”

On or about March 17, 2021, it is alleged that Guerrero recorded a video of an unclothed 11-year-old girl while she changed in her bedroom at her home in Norfolk, Mass. Guerrero allegedly climbed to the top of a garage attached to the victim’s home and stood just outside the victim’s second floor bedroom window as she changed. In the two weeks leading up to that recording, it is further alleged that Guerrero conducted surveillance of the victim’s home and made notes on his phone regarding the time of day that the victim and her siblings arrived home, showered and changed clothes each night. Guerrero allegedly recorded similar notes for the children residing in several other Massachusetts homes.

According to the charging documents, this case arose following an investigation into allegations that Guerrero, while dressed in a wig and women’s clothing, attempted to surreptitiously record minor females in bathrooms and changing rooms at the Wrentham Outlets using pen cameras affixed to his shoes.

Members of the public who have questions, concerns, or information regarding this case should call 617-748-3274.

The charge of sexually exploiting a child provides for a mandatory minimum sentence of at least 15 years and up to 30 years in prison, at least five years and up to a lifetime of supervised release and a fine of $250,000. Sentences are imposed by a federal district court judge based upon the U.S. Sentencing Guidelines and statutes which govern the determination of a sentence in a criminal case.