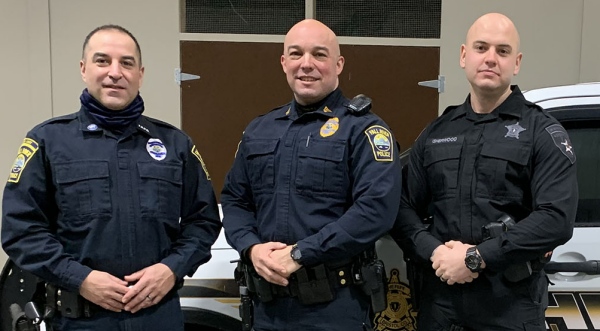 The impact of Friday’s K9 Graduation Ceremony is crystal clear.

“When you take a gun off the street, we’re all safer,” Lt. Kenneth Almeida told the officers, administrators, family and friends gathered at the Bristol County Sheriff’s Office on Friday morning. “These dogs are more than ready to make a difference in the community.”

Bristol County and the city of Fall River took a big step toward a decrease in gun crimes with the graduation of three firearm-detection dogs, including one who can also detect the chemicals present in bombs and other explosives. 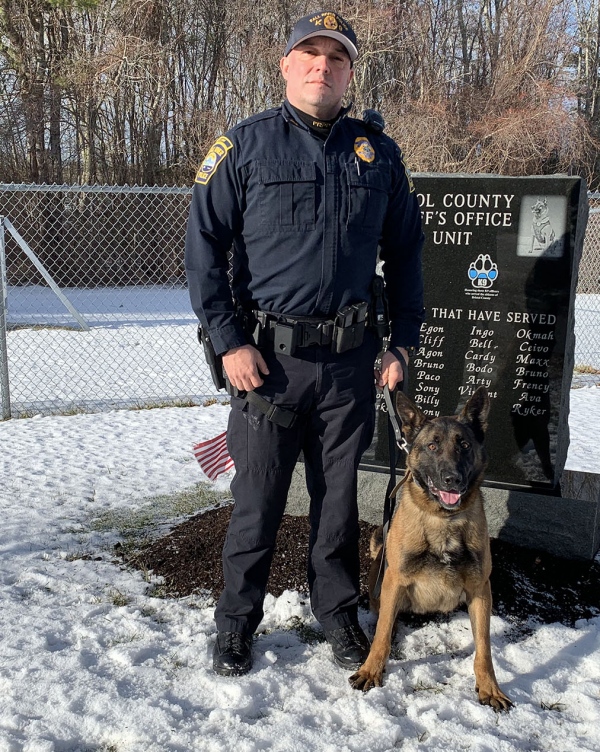 Bristol County Sheriff’s Office K9 Officer Ryan Isherwood and his partner, Xiro, joined Fall River Police Department Sgt. Jeff Richard and his partner, Odin, and FRPD Officer Kevin Lopes and his partner, Joseph, in graduating from the firearms detection program. Xiro, Odin and Joseph are trained and can detect the odors associated with guns and ammunition.

“Fall River and Bristol County are safer today than they were yesterday, and that’s because of the tremendous accomplishments of these law enforcement professionals,” Bristol County Special Sheriff Bruce Assad said.

Officer Isherwood and Xiro also completed the bomb detection program. They are now able to detect and identify the odors associated with explosives.

Lt. Almeida led the training academy for the three graduates. As a previous graduate of both the firearms and explosives detection programs, he used lessons learned from his experiences, as well as from his trainings and work with the State Police, ATF and other state and federal agencies to develop and run these academies. 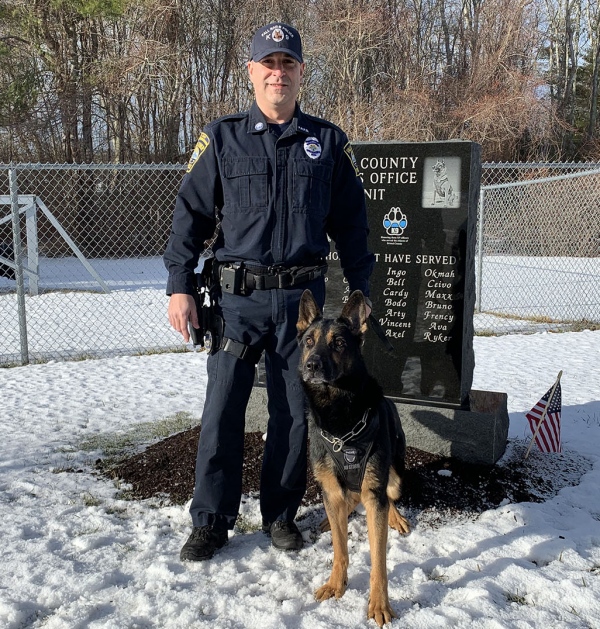 “I can’t say how proud I am of Lt. Almeida. He has taken our program to new heights,” BCSO Capt. Paul Douglas said before turning to the regional training group, which includes officers from Bristol County and police departments in Fall River, New Bedford and Somerset. “Any of these officers will give you the shirt off their backs, at 2 p.m. or 2 a.m. There’s no one better.”

“We feel this is the best team in the state,” BCSO Supt. Steven Souza said. “They’re always ready to go.”

The graduations continue next month when BCSO Officer Brennan Bulgar and his partner, Eros, will complete the narcotics detection academy. Led by Sgt. William Dillingham, the academy focuses on illegal narcotics, from cocaine and heroin to fentanyl and Suboxone, and how Eros can detect their odors in a variety of environments. 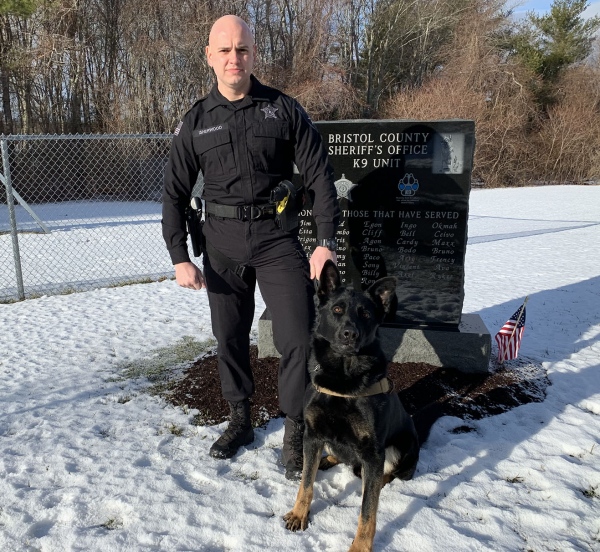