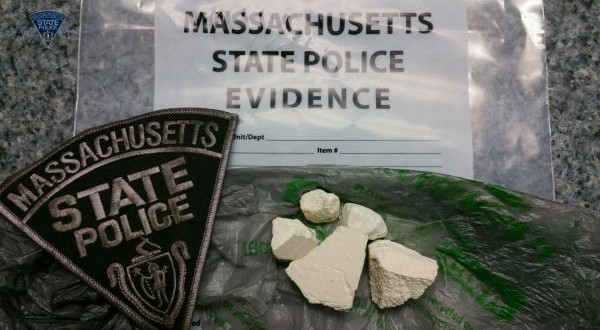 Yesterday, shortly after 5:00 p.m., State Police arrested a woman on Granite Street in Taunton for trafficking in heroin.

At about 5:10 p.m., Trooper Paul Dunderdale of the Troop D Community Action Team was on patrol in the area of Granite Street when he observed a woman who was standing in the middle of the roadway. His attention was subsequently drawn to a vehicle nearby, with which the woman appeared to be associated.

Following an investigation, Trooper Dunderdale determined that a passenger in that vehicle was in possession of approximately 37 grams of a substance believed to be heroin.

The passenger, WENDY PONTE, 34, of Taunton, was placed under arrest and transported to the State Police barracks in Middleboro for booking on the following charges:

PONTE was held pending bail and her arraignment in Taunton District Court.

There is no further information available at this time. Please do not contact the barracks for media inquiries.