The nation’s number one commercial fishing port hosts the annual Working Waterfront Festival, a free, family friendly celebration of commercial fishing culture. The 2014 event takes place on the working piers of New Bedford’s historic waterfront on Saturday, September 27th and Sunday, September 28th. More than simply a celebration, the Working Waterfront Festival is a unique opportunity for the public to get a firsthand look at the culture of fishing and for the commercial fishing community to tell its’ own story. The event presents all that goes into bringing seafood from the ocean to the table in a way that is hands-on, educational, and fun. We encourage you to listen and watch, but also to taste, touch, and converse.

2014 THEME
This year, we put the spotlight on the historic and contemporary role of fishing families, both on shore and at sea. Programming highlights the skills, knowledge, and traditions which are passed from one generation to the next. We explore what it means to grow up in a fishing family; consider the important support role family members play; and pay tribute to the many family businesses which are part of the industry. We invite you to watch multiple generations compete in fishermen’s contests; enjoy family recipes on the Foodways Stage; listen to songs, stories and poetry about fishing families, and share your own fishing family stories.

PERFORMERS
The Festival brings together a unique array of music, storytelling, and poetry. Performances include traditional sea chanteys and music reflecting the fishing industry’s ethnic diversity as well as songs, stories and poetry about commercial fishing and the sea. Often, the performers work in the industry or are from a fishing family. This year we showcase many festival favorites as well as a few new faces.

North Sea Gas is making their first appearance at the Festival, presenting traditional tunes and songs from lochs and coastal communities of their Scottish homeland. Matthew Byrne, also making his Festival debut, hails from Newfoundland and is heir to a repertoire of traditional ballads from Placentia Bay, many of which he learned from his mother, father, uncle, and great uncle. Bridget Fitzgerald, who was born and raised in Connemara, an Irish ­speaking area in County Galway, is a master of the old style singing known as Sean Nos.

Local legend Ana Vinagre performs Portuguese fado, a tradition which grew up in the port city of Lisbon and speaks to the Portuguese involvement in commercial fishing in the old country and the new world. Several performers who write from personal experience working in the industry are also on tap for the weekend including festival regular Jon Campbell who leads Something Fishy, a song/poetry swap of material created and performed by fishermen. Included in this group are storyteller and poet Dano Quinn who runs a ferry on the Columbia River in Oregon and fisherman poet Rob Seitz who fishes out of Morrow Bay, California. Both are making their first appearance at this year’s Festival.

Also included in this group are Dave Densmore, an Alaskan fisherman and poet; Bob Quinn a lobsterman, mail boat driver and storyteller from Eagle Island in Penobscot Bay, Maine who carries on a family tradition of recitations about island life originated by his Uncle Carl “Bonny” Quinn in the 1930s, Charlotte Enoksen who grew up in a New Bedford fishing family and writes poetry from the home front; and Brian Robbins, a former lobsterman whose column Bearins’ is a mainstay in Commercial Fisheries News. Several area maritime musicians will grace the stage this year including Jim McGrath, The Beans, The Rum Soaked Crooks, and the New Bedford Harbor Sea Chantey Chorus.

FRIDAY CONCERT
Eight performers will be featured in a kick off concert on Friday, September 26th at 7:30 p.m. at the historic Seamen’s Bethel (15 Johnny Cake Hill). This Festival Sampler will present a combination of music, storytelling and poetry on the theme of fishing families. This is a ticketed event. Ten dollar tickets will be available through the Festival web site and at the door. All proceeds support the Festival’s year round educational programs.

Built in 1831, the Seaman’s Bethel which is the “Whalemen’s Chapel” of Melville’s Moby Dick, continues to serve the region’s maritime community as the site for dozens of weddings, christenings, and memorial services each year. The Bethel is a sacred space for the maritime community, where it mourns the loss of loved ones to the sea. Cenotaphs dating as far back as the whaling era serve as a constant reminder of the sacrifices made by those who harvest the sea.

COOKING DEMONSTRATIONS
The Foodways Area (Pier 3) features cooking demonstrations by galley cooks, ethnic cooks, and professional chefs. Visitors are invited to learn the basics of preparing fresh seafood at home as well as ethnic approaches to seafood cooking and galley fare. On Sunday afternoon, two chefs will compete in a Seafood Throwdown in which they compete to create a winning seafood dish using a surprise local seafood ingredient which is revealed to them at the event and fresh, local produce.

Chefs can bring three of their favorite ingredients and, once they discover the secret seafood, they get $25 and 15 minutes to shop the Festival Farmers’ Market for the remaining ingredients. After their shopping spree, they have one hour to cook and present their entry for the judge’s consideration. In keeping with this year’s theme, our Throwdown chefs will be cooks form fishing families. The contest will conclude with an opportunity for the audience to sample the dishes.

The Seafood Throwdown is a collaboration between the Northwest Atlantic Marine Alliance and the Working Waterfront Festival.

FARMERS’ MARKET
Sponsored by edible Southshore SouthCoast, the Festival Farmers’ Market (State Pier) features produce and specialty items from a number of local farms and artisan kitchens as well as informational booths. In addition fresh, local lobsters will be available for sale.

FILMS
In keeping with the focus on families, a montage of industry home movies and still photographs showing fishing families at sea and on shore will be shown in the Dining Tent (Pier 3).

AUTHORS
A number of authors will read from and sign their books on commercial fishing, fishermen, seafood, and boats. Books will be available for purchase at our Festival Store located on Pier 3. Participating authors include: Brian Robbins (Bearin’s The Book, Twenty Years of Bulkhead Wisdom, Quiet Smiles, Belly Laughs, and Good Ol’ Salty Tears), Captain W. Russell Webster and Elizabeth Webster (The Sol e Mar Tragedy off Martha’s Vineyard), JoeAnn Hart (Float), Ladies Branch of the Port Society (Recipes from Land and Sea), and Maria Lawton (Azorean Cooking: From My Family’s Table to Yours). Children’s author Daisy Nell (Moxie and the Whale, Captain Stan’s Foo Foo Band, The Stowaway Mouse and Rocky at the Dockside), will read from her books aboard the Schooner Ernestina.

CONTESTS & DEMONSTRATIONS OF INDUSTRY SKILLS
Contests offer a unique opportunity to watch those who work in the commercial fishing industry show off the skills of their trade. All contests will take place on the Contest Stage (Steamship Pier). This stage will also be the site for presentations featuring the latest in safety related gear and demonstrating the tools of the trade associated with various types of inshore fishing and lobstering.

VESSEL AND HARBOR TOURS
A number of vessels will be available for dockside vessel tours giving visitors a unique opportunity to learn about different types of working vessels, talk with crew, see how the gear operates and get a sense of shipboard life. Whaling City Expeditions will offer a 50-minute harbor tour. The tour features a detailed narrative on the working waterfront and the various fishing vessels utilizing the port including draggers, scallop, tuna and clam boats. Tours leave daily from the dock north of the Wharfinger Building on Pier 3 every hour on the hour from noon until 5:00 p.m. Tickets can be purchased at the gangway to the vessel.

WHALEBOAT RACES AND RIDES
In its heyday, the New Bedford waterfront was a hub of activity with whalers tied up at the piers and tradesmen working their craft in related fishing and boating activities such as one sees at the festival today. Crews from the boats sometimes passed their shore time in friendly competition by racing their ship’s whaleboats in the harbor. On Saturday from 8:00 a.m. to noon, the Buzzards Bay Rowing Club is honoring that old time tradition by hosting a one-mile whaleboat race. Teams will compete in several categories. The Buzzards Bay Rowing Club will be offering free instructional rows on both Saturday and Sunday. If you are at least 14 years of age and would like to try your hand at rowing, whaleboats will depart from Coast Guard Park from 2:00 p.m. to 5:00 p.m. Saturday and noon to 5:00 p.m. Sunday.

TUG BOAT MUSTER
Tugboats, also called Tugs or Towboats, are small but sturdy vessels that are primarily used to move large ships and barges. Tugboats are powerful enough to tow large ocean liners and freighters. Tugs are very versatile; they can tow from the front or the side, or push from the back. These are the boats that get things done, the boats that keep the world’s commerce moving. Today’s massive tankers and freighters would be helpless in port without tugboats to maneuver them.

Tugboats and their crews move our products, remove out trash, fight harbor fires, pilot other vessels into and out of port and perform salvage and rescue operations. Watch tugs at work showing their mighty power from the end of Steamship Pier. On Saturday at 3:00 p.m. watch mini tugs in action followed by an old fashioned muster featuring full-sized area tugs at 3:30.

BLESSING OF THE FLEET
On Sunday, September 28th, the 45th annual Blessing of the Fleet will take place beginning at 1:00 p.m. A time-honored tradition, the Blessing gives the fishing community an opportunity to celebrate and reflect on the successes of the past year and to ask for the Lord’s good blessing to continue in the coming year to keep each vessel and its’ crew safe during each voyage.

EXHIBITS
A number of industry related non-profit organizations and businesses have exhibits on Pier 3 and Steamship Pier. The Maritime Artisans Marketplace features unique handcrafted work by regional artists. For forty years, the Wharfinger building on Pier 3 was the site of the city’s seafood auction. Today the building serves as the Waterfront Visitor Center. In addition to welcoming visitors, the building houses a mini-museum commemorating the seafood auction and the City’s role in the history of the commercial fishing industry. The exhibit was created through a joint effort of the City of New Bedford, the National Park Service, and the fishing industry. The U.S. Coast Guard will have a booth at Coast Guard Park. 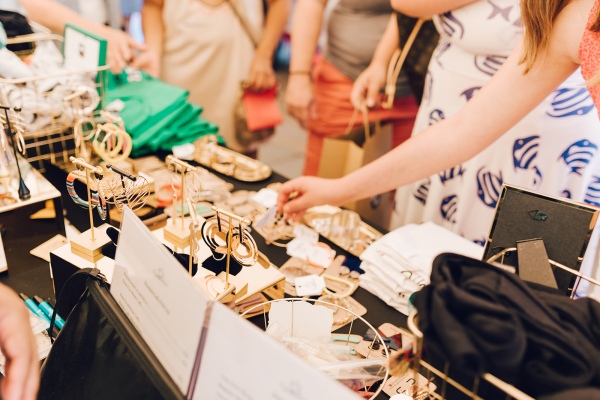 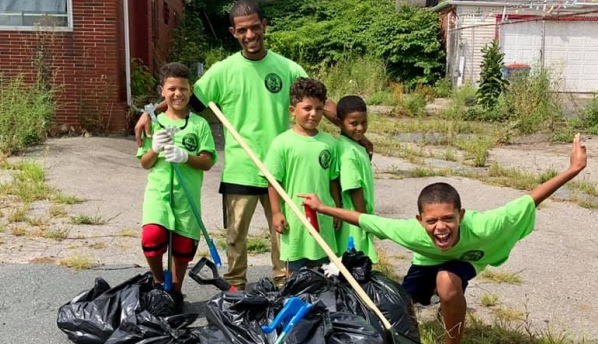 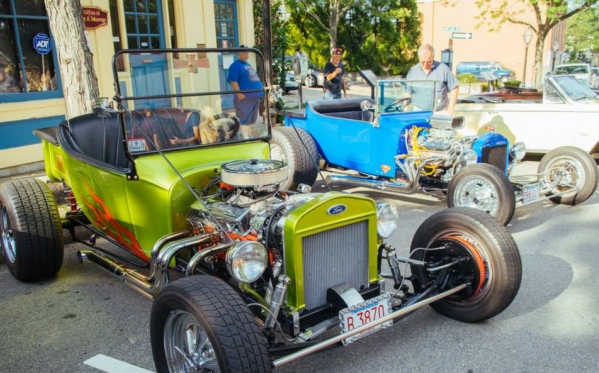 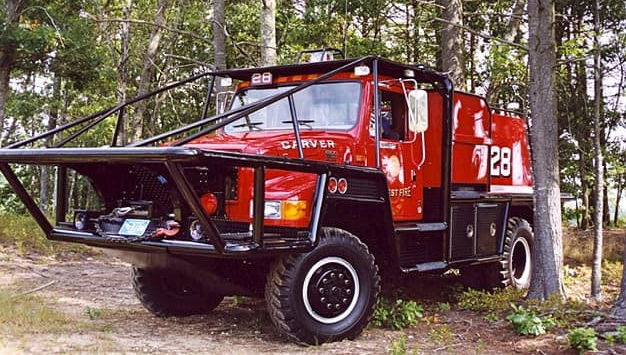