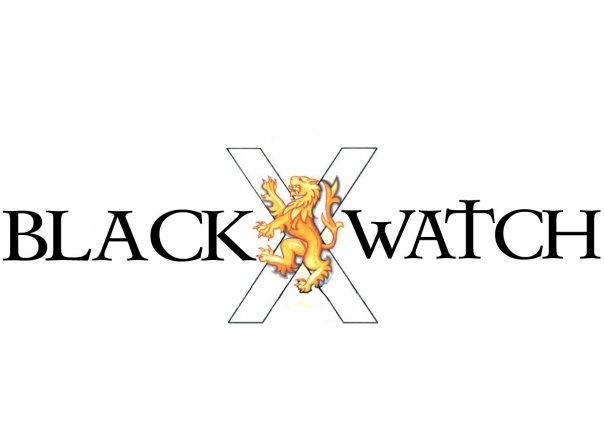 Why do we still eat at chain restaurants? Does the homogeneous interior put us at ease? Are we comforted by the fact that a dinner in Tampa, FL will look and taste basically the same as it will in Boston, MA? Are we wooed by those colorful commercials with the handsome voice of a “Sex in the City” actor, telling us about the 2 for $20 deals in your “neighborhood?”  What if I told you there’s a joint in New Bedford that has more charm than Chotchkies or Flingers (Office Space reference), better food, and way better music.

Just up the road from downtown sits a perfect example of a neighborhood bar and grill that for some reason hasn’t been drawing the dinner crowds…yet. With a new menu and great drink specials, I think the Blackwatch Pub should be your new, “After work, don’t have time to make dinner, don’t wanna get fast food but wanna eat some good grub and enjoy an adult beverage” place.

Owned and operated by Andy Laubi since 2008, the Blackwatch has been a labor of love, especially through the recession. Recently, Andy decided to expand his menu to offer more than the normal pub-fare you might find here in the Southcoast area.  He now offers one of my all-time favorite eats: smoked meat. Not only has he done a righteous job with the food, but he’s managed to keep his prices reasonable.

After a warm welcome from Andy and his bartenders, my husband (henceforth referred to as ‘Hubs’) and I, along with our 6-month old baby, sat at one of the long booths opposite the bar.  My husband chose the side facing one of the big-screen televisions so he could watch the Celtics game. I could see how the large space lends itself well to hosting live music and game tournaments(like Beirut) on a weekly basis.

I would be remiss if I didn’t mention that the folks at Blackwatch welcome children before those busy bar hours; as a parent, this is a huge thing for me.  I like to enjoy an adult atmosphere with my well-behaved kids, and it’s nice to know that I don’t have to take them to a place where the members of the wait staff wear stripes and worry about who has the most pieces of flair.

Turning our attention to the dinner, I ordered a drink from their extensive full-liquor bar, while Hubs chose a beer from one of 13 on tap. Then we split two appetizers: Buffalo wings and Philly-style egg rolls. The starter portions are easily big enough to share, and the Buffalo wings came out  the way I prefer them, with just a little bit of breading and nicely sauced.  They also come in honey-hot, extra-hot, and BBQ.

Those Philly egg rolls, however, were the big winner for both of us.  Imagine all the good stuff about a Philly Cheesesteak sandwich, but without all that bread getting in the way.  The onions and peppers melted nicely into the cheesy background, and were held tightly in place by the crispy fried wonton.  Hubs doesn’t usually like anything with onions or green peppers, but for these handmade egg rolls, he made an exception. Next time I’m going to try the nachos with homemade chili.

Choosing an entrée was difficult, tempered only by the fact that I knew I’d be back to try whatever I didn’t get that night.  It finally came down to the pulled pork sandwich for me and the beef ribs for Hubs. As a true Southern girl (as well as the proud owner of a smoker at home), I can have smoked meat whenever I want it, but I don’t always want to spend 13 hours waiting for dinner. I’m thrilled to say that I’ve finally found a place where I can get pulled pork that’s as close to “authentic” as I’ve ever gotten here in the Northeast.  The Black Watch pulled pork sandwich, which comes with a sweet BBQ sauce, was a taste of pure, smoky goodness, served on a light Portuguese roll. With crispy sweet potato fries on the side, the sandwich costs just $7, which is pretty amazing considering you can barely get out of the drive-thru at that price.

Although I was stuffed from my meal, I made Hubs share his plate of beef ribs, which came with his choice of sides; he chose mac & cheese and mini cornbread muffins. The ribs were tender on the bone and served with a whiskey sauce, but being the Southern girl that I am though, I kept going back to the sweet BBQ sauce instead.

The star for me was the individual ramekin of macaroni and cheese. The elbow noodles were perfectly cooked, and maintained their own identity in the creamy cheese sauce. As with most macaroni, it’s either too mushy or not flavorful enough, but by cooking it to order and serving it individually, Blackwatch managed to avoid both pitfalls.  After finishing off the rest of the pasta, I broke apart the accompanying mini cornbread muffins and tossed them into the ramekin to sop up the rest of the molten, creamy cheese.  Perfect.  At a meager $11 for the Beef Rib plate and 2 sides, I think Blackwatch has those measly chain restaurant portions beat.

With other offerings under $10, like the Cottage pie, the fish n’ chips, and the Juicy Lucy burger, it’s heartening to know that you can have dinner at a nice pub and still have enough money left over to buy the important stuff…like BEER!

So, have I changed your mind about how to really, “Eat Good in the Neighborhood?” If so, stop by Blackwatch, say “hi” to Andy, and grab a pint and some BBQ.  Maybe stay for the trivia, darts, or live music. I hear they’ve got Celtic Bluegrass and Pearly Baker.  See you there!

They say "Necessity is the mother of invention", well that's true in the case here. I haven't been able to find much information on restaurants in the Southcoast area other than the odd review from a tourist on the Yellow Pages website. This bugs me. I'm the type of person who likes to do some research before I go out and spend my hard-earned money at a restaurant. More than once I've gone to a place that looks nice on the outside, only to be disappointed by the meal inside. If only I had been able to read a review about the place before I plunked down $28 for a plate of reheated *insert Gordon Ramsey expletive here* . You may ask what qualifies me to be a food critic or blogger or whatever...well, nothing I guess. Nothing official anyway. I think I know food pretty well. I've traveled the world and tasted all sorts of wonderful, awful, tasty, smelly, odd, luscious, exotic food. I've had the luxury of eating Italian food in Italy, German food in Germany, French food in France, Middle Eastern food in the Middle East. My aunts are Korean and my Grandmother's 2nd husband was Indonesian. My mother's a classically trained French Chef. I've lived in places where it's acceptable to eat dogs and cats and scorpions. I love food. I love talking about food. Most of all I love sharing my love of food with others. Please leave me comments...restaurants you've wanted to eat at but are too scared to try but aren't too scared to send me. Places you've eaten and you want to spare me the horror of going to. Places that have become a tradition in your family...yes, Olive Garden!
Previous GIRLS Speaker Series at the Ocean Explorium
Next The 2011 New Bedford Elections