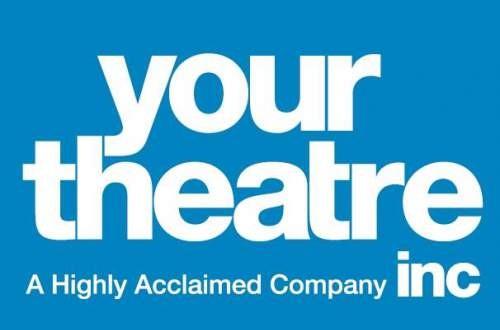 Your Theatre to hold auditions for John Logan Courtroom Drama

Auditions are being held on Thursday, July 21 and Friday, July 22 from 7:00 to 9:00 p.m. for “Never The Sinner”, a thrilling courtroom drama by John Logan (The Last Ship and Tony Award for Red on Broadway) which explores a complex and twisted relationship between two men in search of passion, intellect, and the perfect crime. The production will run January 12-22, 2017.

Tryouts for one female and six male roles will be held in the handicap accessible Your Theatre, Inc. Playhouse at St. Martin’s Church, 136 Rivet St. at County St., New Bedford. Parking is free in the church lot on County St.

Nathan Leopold, 18, a vulnerable, nervous, arrogant, obsessed, birdlike detached intellectual who is attracted to Loeb but resigned that he cannot have him. He cunningly manipulates Loeb into trading sex – or at least prolonged kisses – in return for being a reluctant partner in the perfect crime.

Richard Loeb, 18, highly intellectual, amoral, very attractive, cat-like with a hawk-like intensity, charismatic and charming and disguises the monster within so that when it finally reveals itself, the audience is both fascinated and repulsed by conscience so absent that it parades as innocence but showing almost sexual excitement of the kill.

Serving as a Greek-Like chorus, the following characters are required to create various voices and personalities representing several different characters in the play:

In Chicago, The Crime of The Century: Two handsome and wealthy college students, Nathan Leopold and Richard Loeb, are accused of the murder of 14 year old Bobby Franks. The country demands to know if these two young men are capable of committing such a deed. Clarence Darrow defends them, pleading eloquently against capital punishment. Why would wealthy young men murder an innocent boy? What demons lurked behind Loeb’s flashing good looks? Behind Leopold’s saturnine intellect?

This exquisite Off Broadway hit explores the complex relationship between these two who longed to create a private world of fevered intellect and romantic passion. The author suggests that, given twists of fate and character, Leopold or Loeb could be anyone who has loved too much, had a broken heart, wanted to prove everlasting devotion, or looked at a loved one and thought “I’d die for you … I’d kill for you.” This is a love story set to themes of crime and punishment, the press, the times, humanism, Nietzsche’s philosophy and the end of the jazz age.

This dynamic 95 minutes of storytelling takes us deep into the mentality of these men and what the newspapers were seeing and writing. We also meet the lawyers involved in the case’ the District Attorney Crowe and for the young men, Clarence Darrow. They present their cases to the Judge (which is represented by the audience) and as you will see, there are many surprises in the story line.