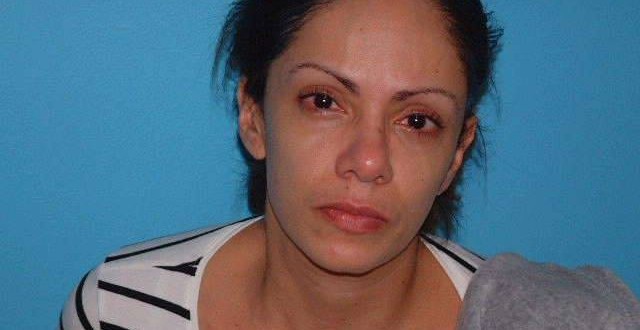 Bristol County District Attorney Thomas M. Quinn III announced that a 35-year-old former Providence woman who fled the country on the eve of her trial more than six years ago has been apprehended in the Dominican Republic and returned to Massachusetts. Katherine Pimental will appear in Fall River Superior Court tomorrow to be arraigned on bail jumping charges and to once again face charges connected to a July 2007 stabbing incident at the King’s Inn in Dartmouth.

Ms. Pimental was arrested in the foreign nation last week. She was transported back to the United States by US Marshall Friday night and has been in custody at the Bristol County House of Corrections during the Memorial Day weekend. Numerous state and federal agencies, including the Massachusetts State Police, Dartmouth Police, the Bristol County Sheriff’s Department, the FBI, the US Department of Justice and the US Marshalls, have been involved in the effort to locate, apprehend and extradite the defendant back to Massachusetts to stand trial. The effort was spearheaded locally by Co-First Assistant District Attorney Patrick Bomberg, who will handle tomorrow’s court proceedings.

The defendant, a former dancer at the King’s Inn in Dartmouth, is accused of attacking and stabbing a fellow dancer several times while the victim was in a bathroom stall at the business on July 27, 2007. The victim sustained severe injuries to her face and arm. Ms. Pimental was arrested shortly after the incident and was eventually released on $5,000 cash bail. Although the defendant appeared at all her pretrial court hearings, she did not show up in court on December 3, 2009, the day her trial was to begin.