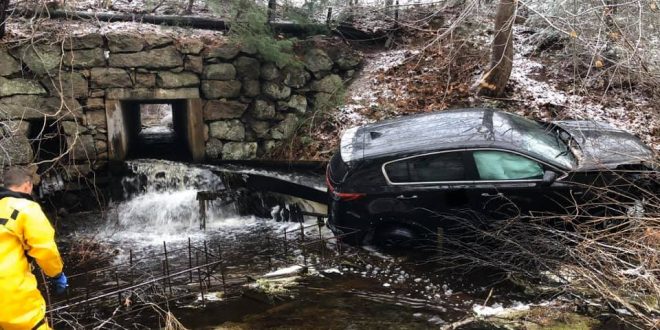 At 7:17 am on Wednesday, the Wareham Fire Department responded to the report of a motor vehicle accident on Island Brook Drive where the vehicle had gone off the roadway, through the woods and down into a small body of water. The driver was able to remove herself from the vehicle before the fire department arrived and was transported by EMS to be evaluated.

Wareham Fire firefighters were able to contain all leaking fluids from the vehicle and stayed on the scene until the vehicle was able to be removed by a tow company almost 2 hours later.