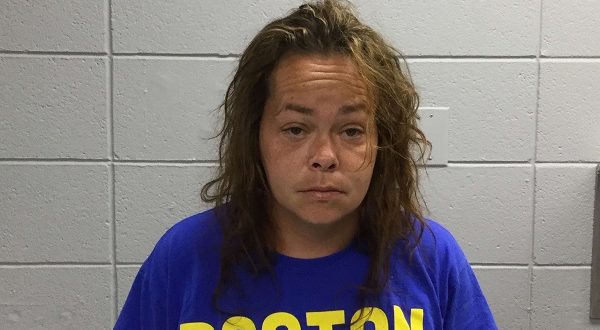 On Wednesday at 3:38 p.m., 33-year old Kolleen Dossantos of Johnston, Rhode Island was placed in custody at the Wareham District Court after spitting on and kicking two paramedics. When Wareham police officer Charles Pillsbury arrived she violently resisted arrest.

At the Wareham police station, police report that she continued her tirade hurling insults at Officer Jennifer Braley and Sergeant Paul Somers. She allegedly refused to be cooperative and had to be carried to a cell by the two officers assisted by Lieutenant Peter Flannery. Before the cell door was closed she managed to kick Officer Braley.