Before Big-Box stores and hypermarkets Wal-Mart, K-Mart and Target there were smaller department stores. Believe it or not, the concept of a department store – being able to go to one location and find a wide variety of goods – started in the early 1700s. There were no shopping carts and one was not free to roam the store. When you arrived you let a representative know what you needed and he would go into the facility and pick your order.

The concept of being able to browse the aisles yourself and do it with a shopping cart was started in Dartmouth with Martin Chase’s Ann & Hope in 1953. Sam Walton who founded Wal-Mart and Harry Cunningham who founded KMart got their ideas from visiting the flagship Ann & Hope facility.

Since we already covered local favorite Arlan’s Department Store, we’ll discuss the four other iconic department stores. Special thanks to Spinner Publications for their generosity in allowing us to share all the photos within the article. 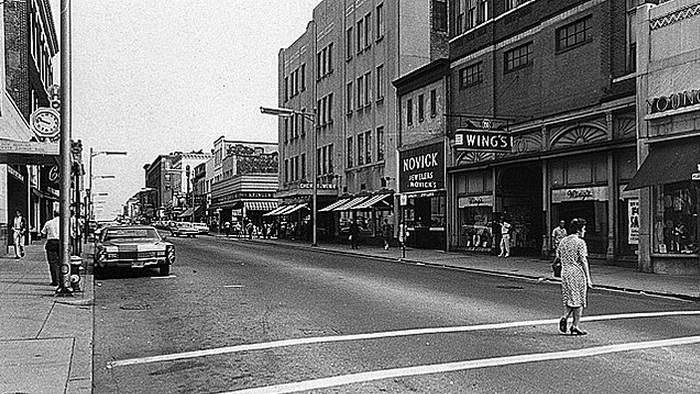 C.F. Wing’s Department Store
Wing’s department store is named after whaler and “merchant prince” of New Bedford, Charles F. Wing, born here in 1851. In 1874 he opened a little shop in a wooden building at 774 Purchase Street next door to The Pour Farm. He did well enough to have that building razed and replaced in 1887 with the current building today. It was a popular destination until it closed in 1985. Yes, Wing’s Court is named after the same fellow. 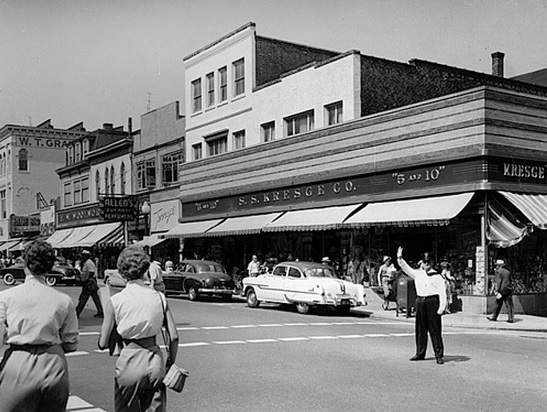 Kresge Co. 5 and 10
Kresge’s “five and dime” was started by department store mogul Sebastian S. Kresge. The Pennsylvania native opened his first store in Memphis, Tennessee in 1897. The New Bedford store sat on the corner of William and Purchase Streets, where Rite-Aid is today. By 1924 his business was worth $100 million dollars and he had opened over a hundred stores. In 1962 he opened his first new department store that you may have heard of – KMart. Hence, the “K” in KMart! 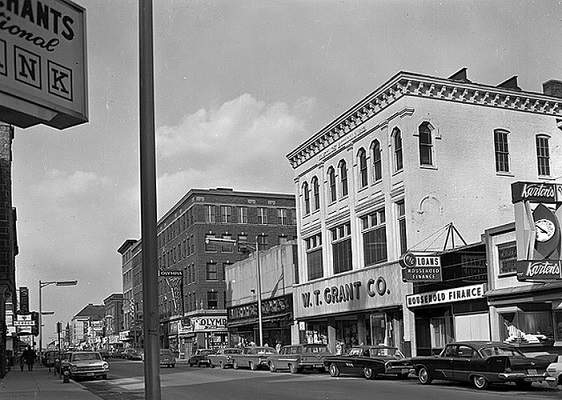 W.T. Grant
The Grant family opened their first store in Lynn, MA in 1906. W.T. Grant opened the fifth in the chain at the Hastings Building in 1910. He also opened up a location on Acushnet Avenue in 1932 that was open until 1966. The W.T. Grant that was at 860 Purchase Street closed in January 1975. 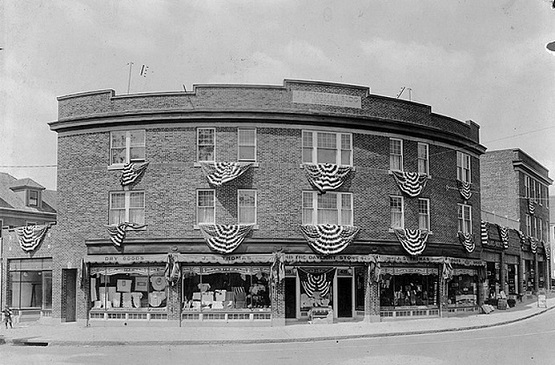