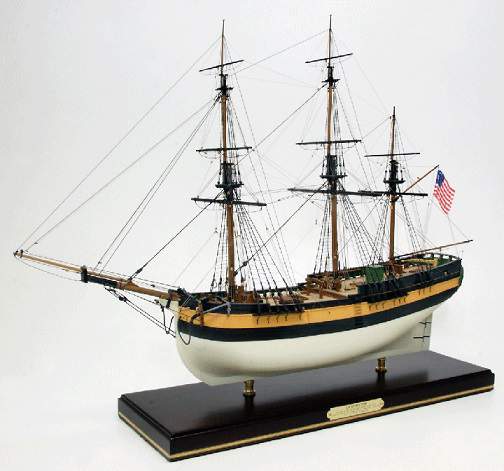 In time for the 240th anniversary of the Boston Tea Party, the New Bedford Whaling Museum is set to unveil a model of Dartmouth, first ship to be built in New Bedford in 1767, and which sailed into American history as one of the three vessels boarded and its cargo of British tea dumped into Boston Harbor on December 16, 1773.

Dartmouth, built in 1767 for the Rotch family, holds the distinction of being the first ship-rigged vessel constructed in then-named Bedford Village of Old Dartmouth, now New Bedford. Joseph Rotch arrived in the new settlement in 1765 from Nantucket, determined to establish a whaling industry on the mainland. He built Dartmouth to transport whale oil to England, then the principle market for his product. Carrying oil to England, the ship would return with British products for the colonies. It was with a cargo of tea that the ship returned to Boston in November 1773. The Sons of Liberty, determined not to pay the tax on tea imposed by the British, dumped the tea from Dartmouth along with that of the brig Beaver and ship Eleanor into Boston Harbor. This act of defiance, dubbed the Boston Tea Party, emboldened colonists to rebel against British rule. Dartmouth was lost in 1774 returning from her next voyage to London.

Despite its local origin and national fame, Dartmouth was not represented among the New Bedford Whaling Museum’s renowned collection of more than 175 ship models, due in part to limited historical data about the original vessel’s design and dimensions. To remedy the omission, the museum commissioned a model to be built by Richard Glanville, a professional marine model artist working in Maine. R. Michael Wall, proprietor of the American Marine Model Gallery, of Gloucester, Massachusetts, advised and coordinated the work, which first required considerable specific research to be conducted before construction of the 1/4″ = 1′ (1:48) Class-A scale model could begin, and which took Glanville over seven months to complete.

Leon Poindexter, a noted New England marine historian, ship builder and rigger whose recent restoration work includes the Boston Tea Party Museum’s brig, Beaver, and ship Eleanor undertook researching Dartmouth. Utilizing a contemporary account “of the vessel on the stocks in the West Village of Dartmouth” which gave dimensions for the ship, Poindexter felt confident in the likelihood that this was the Rotch-built Dartmouth and applied the Oxford dictionary’s Builders Old Measurement (B.O.M.) formula for rules of tonnage and old measurements, along with a historic British architectural drawing of a comparable sized merchant vessel of 1770. He was able to extrapolate the dimensions and convert them into a conclusive naval architectural hull drawing. At 182 tons the ship had a length on deck of 80′, a beam of 23′ 6″, and keel length of 63′.

A librarian with a Masters degree in German, Richard Glanville has been building ship models professionally since 1975. His work is in several maritime museums and private collections throughout the United States, with recent commissions for the Washington Navy Yard Museum, Naval War College Museum, and Ft. McHenry National Monument.

The model was privately funded in part by current and former trustees of the New Bedford Whaling Museum in honor of former chair, John N. Garfield, Jr.

R. Michael Wall along with Judith N. Lund – former curator of the New Bedford Whaling Museum – are co-curators of “The Art of the Ship Model”, an exhibit at the Whaling Museum, which runs through October 2014. 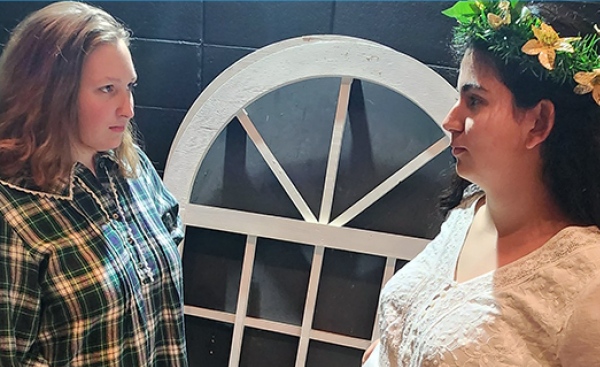