The first arriving engine, staffed with two firefighters arrived to find fire through the roof of the 2 1/2 story building. Firefighters initially mounted an exterior attack, using a large handline, to knock as much of the fire down as possible before making an interior attack. 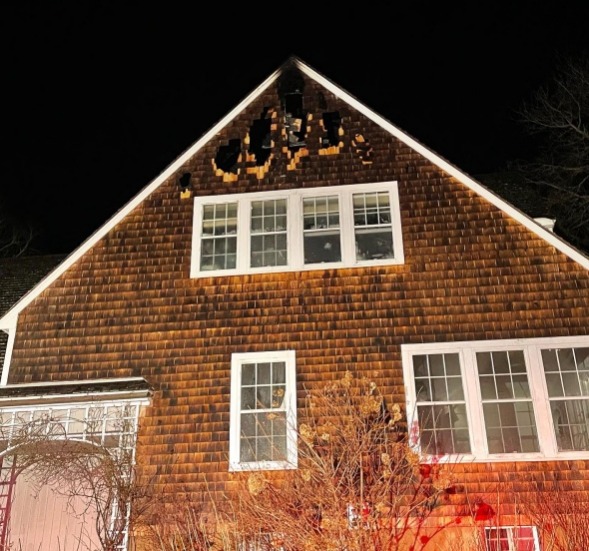 Captain martin led an interior attack crew into the second floor of the home and found fire in the attic space and walls. Firefighters pulled ceilings and walls to expose and extinguish the fire. Due to the architectural design of the home extensive overhaul was needed to find and extinguish the hot spots in various locations throughout the second floor.

This section of Westport has an approximate response time of 10-12 minutes from the Hix Bridge Fire Station. In addition to the extended response time, there are no fire hydrants. Tiverton Fire secured a water source from a brook on Brayton Point Road, while tankers from Westport, Little Compton, and Dartmouth Fire District 3 shuttled water to the scene. Dartmouth Fire District 3 also handled a fire alarm activation on Rt. 177 that came in at the same time as the building fire. 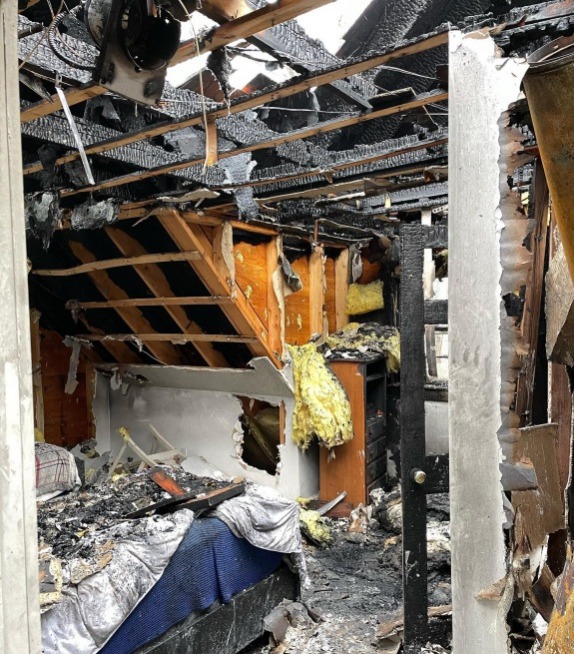 Mutual aid tankers from Freetown, Acushnet, and Lakeville were canceled prior to their arrival, while Fall River Engine 4 covered Station 2. Westport responded with two engines, one tanker, and the Deputy Fire Chief. The on-duty crew of four was aided by a combination of eleven off-duty Westport firefighters and on-call firefighters. Rehab was provided by members of the Westport Emergency Management – Special Forces Division.

Fire investigators are focusing on the fireplace flue as a possible source of ignition. The investigation is ongoing at this time. This is the third building fire over the past few weeks related to a wood-burning stove. We remind residents that proper installation and maintenance will help to reduce the risk of fire. The home did have working smoke detectors, however, with the fire being above the ceiling, there was no smoke below the ceiling level to prompt an activiation.

The home suffered significant smoke, water, and fire damage, however, firefighters were still able to save a large portion of the home, as well as many valuable and personal belongings.

There were no injuries. 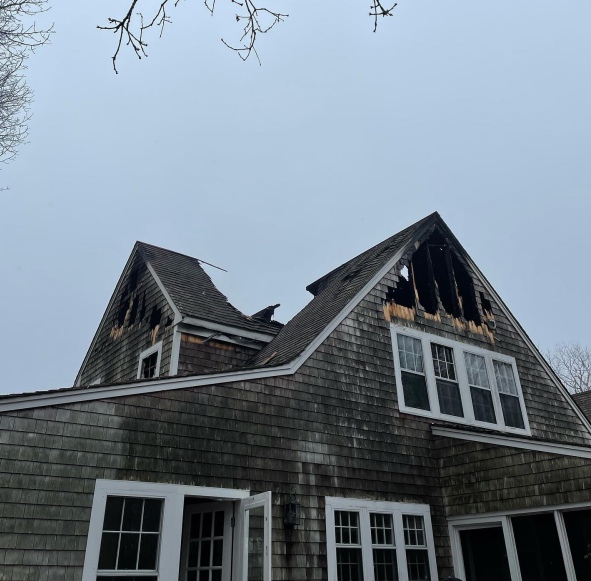