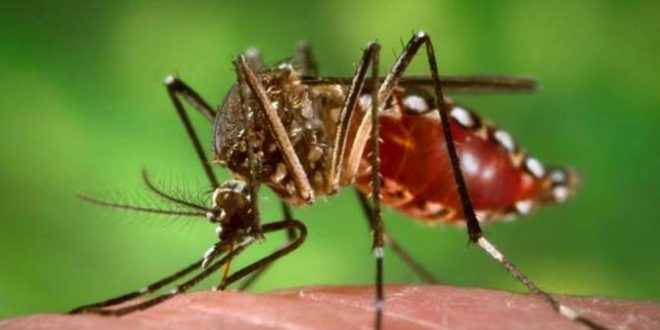 The Massachusetts Department of Public Health (MDPH) has notified the New Bedford Health Department of the finding of West Nile Virus in a primarily bird-biting mosquito sample obtained in the vicinity of Oak Grove Cemetery in New Bedford. The mosquito is of the Culex pipiens/restuans complex species and is mainly bird-biting.

MDPH and the Massachusetts Department of Agricultural Resources announced plans today for a second round of aerial sprayings in certain areas of Bristol and Plymouth counties overnight on Wednesday, August 21.

Dusk Closures Continue
The City of New Bedford recently began closing parks and other open public spaces at dusk in response to the risk of Eastern Equine Encephalitis (EEE). Multiple positive tests of mosquitoes with EEE in New Bedford and surrounding municipalities have led the state’s Department of Public Health to classify the risk level in Greater New Bedford as ‘critical’ for EEE. Closures will continue until Friday, September 13; park lights will be turned off at dusk (approximately 7:30 p.m.). The park closures will be reevaluated and the City will announce its plans from September 13 onward. Athletic leagues and other organizations utilizing the park should not continue their activities beyond dusk, due to the increased risk of EEE.

Ground Sprayings Continue
Ground spraying for mosquitoes will continue through the summer in the early mornings of Fridays and Tuesdays. Friday rounds of spraying will target areas including Buttonwood Park, Brooklawn Park, Fort Taber, Hazelwood Park, Riverside Park, Clasky Common Park, Ashley Park, the Poor Farm area, Custom House Square and the downtown area. Tuesday rounds of spraying will target the far North End of the city, including the areas surrounding the New Bedford Business Park, New Bedford Regional Airport, Sassaquin Pond, and Acushnet Avenue north of Phillips Avenue. Ground spraying occurs place between 2:00 am and sunrise on Friday and Tuesday morning, weather permitting. Residents in the vicinity of the targeted areas may wish to close their windows this evening prior to the spraying.

The same precautionary measures are advised for EEE, West Nile Virus, and the Zika virus. These include the following:

Ø Be Aware of Peak Mosquito Hours – While mosquitoes are out at all hours of the day, their peak biting times are from dusk to dawn. Consider rescheduling outdoor activities that occur during evening or early morning. Otherwise, take extra care to use repellent and protective clothing, especially if you work or spend a lot of time outdoors.

Ø Clothing Can Help Reduce Mosquito Bites. Although it may be difficult to do when it’s hot, wearing long-sleeves, long pants and socks when outdoors will help keep mosquitoes away from your skin.

Ø Apply Insect Repellent when you go outdoors. Use a repellent with DEET (N, N-diethyl-m-toluamide), permethrin, picaridin (KBR 3023), IR3535 or oil of lemon eucalyptus [p-methane 3, 8-diol (PMD)] according to the instructions on the product label. DEET products should not be used on infants under two months of age and should be used in concentrations of 30% or less on older children. Oil of lemon eucalyptus should not be used on children under three years of age. Permethrin products are intended for use on items such as clothing, shoes, bed nets and camping gear and should not be applied to skin.

Ø Drain Standing Water – Mosquitoes lay their eggs in standing water. Limit the number of places around your home for mosquitoes to breed by either draining or getting rid of items that hold water. Check rain gutters and drains. Empty any unused flowerpots and wading pools, and change water in birdbaths frequently.

Ø Install or Repair Screens – Some mosquitoes like to come indoors. Keep them outside by having tightly-fitting screens on all of your windows and doors.

When Joe isn't writing, he's coaching people to punch each other in the face. He enjoys ancient cultures, dead and living languages, cooking, benching 999#s, and saving the elderly, babies and puppies from burning buildings. While he enjoys long walks on the beach, he will not be your alarm clock, because he's no ding-a-ling.
Previous OPINION: “Dunbar School is a dumping ground and no one is doing anything about it.”
Next New Bedford Household Hazardous Waste Drop-Off, Sept. 21st