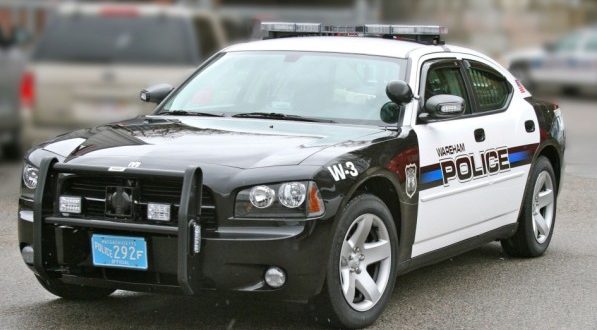 On Wednesday, July 8, at 9:47 p.m. Wareham Police responded to Cranberry Highway near the Route 195 overpass for a motor vehicle accident involving three vehicles, including a Wareham Fire Department engine. Multiple people were transported to the hospital with serious but non-life-threatening injuries. Three firefighters on the engine were transported to the hospital with minor injuries.

Wareham Police Officer Christopher Smith conducted an investigation, and determined that a car travelling north on Cranberry Highway failed to stop at a red light. A vehicle exiting Route 195 west, pulled out on their green light, and struck the vehicle which had failed to stop. The vehicle that failed to stop then traveled across the median, and struck the south bound fire engine head-on. The fire truck was lawfully proceeding and sustained serious damage.

Officer Smith as part of his investigation is summoning Kimberly Page (32), of West Wareham for operating under the influence, negligent operation of a motor vehicle, and failure to stop at a red light.

Several other Wareham police officers responded to the scene for traffic control, and assisted in the investigation.