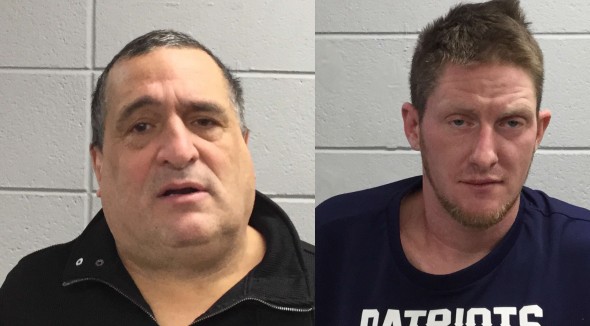 On Tuesday, January 7, at 2:28 p.m. Wareham Police officers responded to the Wareham Crossing, near JC Penny for a report of suspicious activity. Upon arrival, officers observed two males in a grass area directly next to the parking lot.

When Officer Calib Larue approached the males, one of them became belligerent, berating the officer and creating a disturbance. The second male was found to be in possession of suspected Suboxone.

At that point, Officer Larue placed both males in custody with the assistance of Officers Aaron Pacheco and Stephen Harrison. During the booking process, Mr. Treakle became very combative and kicked Officer Larue causing him to fall. Sgt. Daniel Henderson and Officer Harrison came to his aid and Treakle was finally secured in a jail cell.

• Michael Treakle (34), of 9 Barker Road, East Wareham is charged with:

1. Disorderly Conduct
2. Disturbing the peace
3. Assault and battery on a police officer
4. Open and gross lewdness

1. Possession of a class B drug.