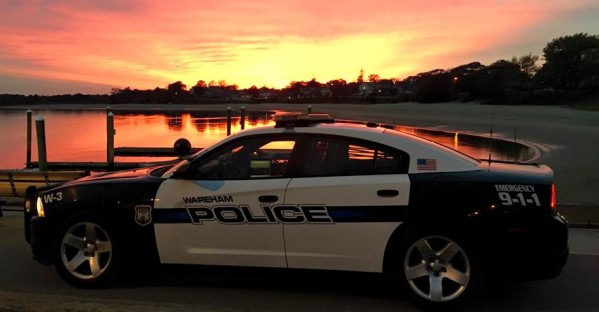 On Saturday, April 17, Police Chief John Walcek will be retiring from the Wareham Police Department.

He started his service with the town as a call firefighter at the West Wareham station in 1984 while still in high school. In addition, he worked for the Municipal Maintenance department during the summer through-out his teen-age years.

In 1987 he was hired by the Wareham Police Department at age 20 as a summer special officer, then worked for both the WPD and Rochester Police department while attending Bridgewater State College.

Chief Walcek said, “I consider it an honor and privilege to have been afforded the opportunity to serve Wareham and its residents for so many years.”
He added, “I am as proud to be a Wareham police officer today as I was the first day I walked a beat on Main Street the 5 p.m. – 1 a.m. shift, May 31, 1987.”

“Wareham is blessed to have a police force made up of dedicated professionals, supported by the Town Administrator as well as the Board of Selectmen,” Walcek said.

Leadership changes will be announced in the upcoming weeks, and Chief Walcek will actively serve until his retirement date.