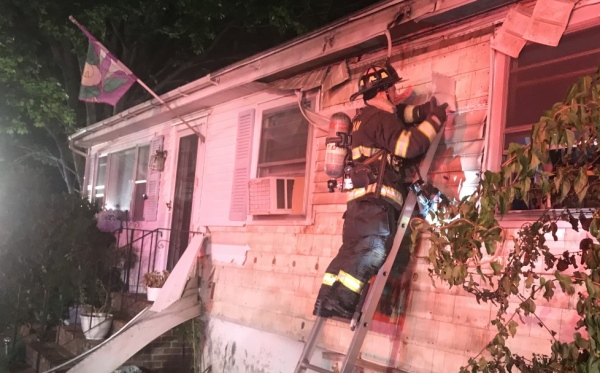 “On Sunday, August 7, at 11:10 p.m., the Wareham Fire Department responded to an address on Longmeadow Drive for a report of a fire.

Capt. Micky Bird and the crew of Engine 1 quickly arrived and found multiple items burning directly in front of the garage. The fire was quickly knocked down, however, firefighters had to perform extensive overhaul to ensure there was no extension to the home.

One firefighter was transported to Tobey Hospital for treatment of a heat related issue.

Engines 1 and 5 along with Tower 1 responded to the scene. Engine 4 and an Onset Engine stood by at the Main Street station. The cause of the fire remains under investigation.

A total of 25 career and call firefighters operated under the command of Chief of Department John Kelley.” -Wareham Fire Department.

All photos by the Wareham Fire Department:

Served 20 years in the United States Air Force. Owner of New Bedford Guide.
@NewBedfordGuide
Previous The Greater New Bedford Regional Refuse Management District is Hiring for a Mechanic
Next Massachusetts man dies after being struck by lightning while on hike in Wyoming