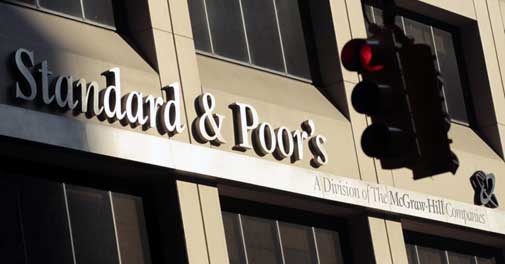 Standard & Poor’s Rating Services (S&P) has assigned the City of New Bedford a AA- rating, the highest bond rating for the City in at least forty years. The rating moves New Bedford well into the top half of all issuers of municipal debt in the Commonwealth.

An accompanying ratings report cited several new developments as reason for the upgrade, including:

The improved rating has had an immediate impact on the City finances. Investors reacted very favorably today to a sale of $10 million in General Obligation Bonds; accepting lower interest rates than forecast, and saving the City approximately $300,000 in financing costs over the life-time of the debt. The City projects it will save another $1 million in financing costs related to its current $45 million Capital Improvement Plan, as a result of the ratings upgrade.

The Standard & Poor’s report made particular note of the City’s strong management condition, citing the hiring of an experience chief financial officer, the adoption of new financial policies setting fund balance and debt management targets, and the development of the City’s new long-term Capital Improvement Plan as favorable factors.

Mayor Mitchell summarized the rating upgrade, saying it was “a vote of confidence in our Administration’s approach to financial management and the ability of our finance team to execute our fiscal strategy. The verdict of Wall Street is clear. New Bedford is a city headed in the right direction.” Mitchell added, “Today’s bond sale is just the first installment of positive benefits taxpayers can expect for years to come.”

The rating agency noted that, while the City’s tax base has declined in recent years, current data indicates that home prices are recovering and the potential exists for significant job growth over the next decade. It made particular note of the catalyzing role that the $100 million New Bedford Marine Commerce Terminal is expected to play and the City’s aggressive efforts to position itself favorably in the emerging offshore wind industry.

Credit agency ratings are utilized by investors to gauge the desirability of the City’s debt issues. The “AA-“ rating, the fourth highest rating on S&P’s scale, is the highest rating the City has received since at least 1970, and will result in significantly reductions to the City’s future debt service expenditures.

The City’s Chief Financial Officer, Ari Sky, noted the potential impact of the S&P rating on the City’s finances and overall reputation: “The ‘AA club’ is a relatively exclusive group–only about 40% of Massachusetts localities and school districts hold a rating of AA- or higher. This means New Bedford can expect favorable interest rates on capital projects and a stronger position when marketing the City as an investment opportunity for economic development.”

While noting the ongoing pressure of pension costs and retiree benefits, the S&P report cited the City’s outlook as stable, stating that “New Bedford’s strong management environment should translate to strong budgetary performance and operating flexibility over our outlook horizon. In addition, we anticipate New Bedford will maintain a strong debt and liability profile as debt service costs and net direct debt ratios should remain stable.”