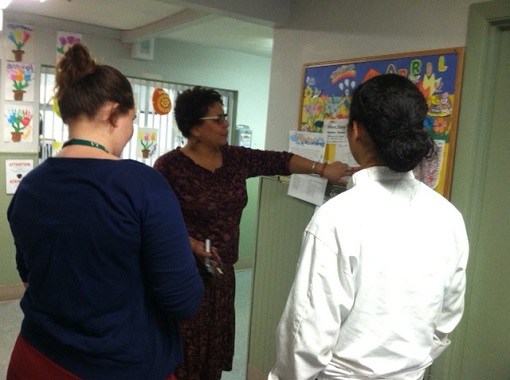 Voc Tech students collect over $2,000 in supplies for homelesss

Greater New Bedford Regional Vocational Technical High School students from the SKILLS USA program held a diaper, sheets, and toiletries collection drive as part of the community service contest project designed to bring awareness to the growing number of homeless families in New Bedford. In total, they collected $2,000.00 worth of products including 5,000 individual bars of soap.

The students identified a need within the family homeless shelter Harbour House on Shawmut Avenue in New Bedford. In an effort to get folks back on their feet the shelter provides diapers, sheets, and toiletries for men, women and children. The students felt it was important to help them with this kind of transitional assistance.

To date the students have appeared on WBSM with Phil Paleologos to kick off the drive, and have collected items at Our Lady of Assumption Church, and are in the process of a letter writing campaign to a number of retailers, as well as already secured a spot for donations at Our Sisters School in New Bedford. The students extended the drive through April 17, 2014 in order to offer the students and faculty an opportunity to help. They already collected 6000 bars of soap from an organization in Fall River who heard about our efforts and a load of items thanks to the generosity of the parishioners at St. Julie’s.

Facts About Homelessness and Poverty