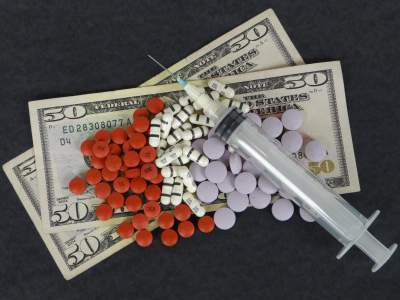 After a two-week trial, a federal jury in U.S. District Court in Boston convicted a violent New Bedford drug dealer of heroin trafficking and robbery.

Monteiro, a long-time, large-scale South Coast drug trafficker, acquired drugs through violent drug robberies. At trial, federal agents described how, in February 2013, they recorded Monteiro offering to provide large quantities of heroin to a cooperating witness and then recorded Monteiro as he and two associates sold nearly 100 grams of heroin to the cooperating witness. When agents attempted to set up a second heroin purchase, Monteiro robbed the cooperating witness of the buy money. Monteiro was arrested three days later, at which time agents seized heroin, much of the stolen “buy money,” other drug trafficking materials, handcuffs, and brass knuckles.

The jury also heard testimony concerning a 2011 robbery committed by Monteiro and several other men. Monteiro and others lured Stanley and Joshua Gonsalves, two Cape Cod OxyContin dealers, to a meeting where the Gonsalves Brothers believed they were purchasing 15,000 OxyContin pills. Instead, Monteiro and his crew robbed the Gonsalves brothers of the $225,000 they brought to purchase the pills.

The charge of conspiracy to distribute over 100 grams of heroin provides for a sentence of no greater than life in prison, and a mandatory minimum term of 10 years due to a prior drug trafficking conviction. The charges of distribution of heroin and possession with intent to distribute heroin provide a sentence of no greater than 30 years in prison. The charge of interference with commerce by threat or violence provides for a sentence of no greater than 20 years. The charges also provide for a mandatory minimum of eight years and up to a lifetime of supervised release and a fine of $8 million. Actual sentences for federal crimes are typically less than the maximum penalties. Sentences are imposed by a federal district judge based upon the U.S. Sentencing Guidelines and other statutory factors.