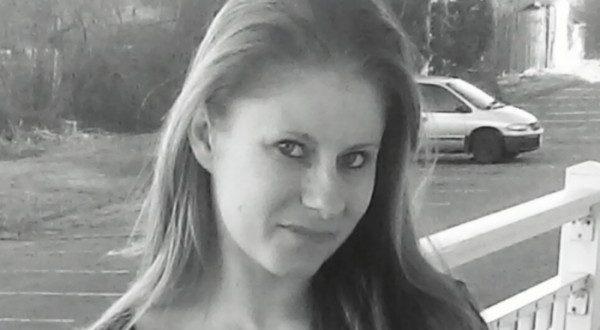 The victim of last week’s hit and run incident in Westport has died at Rhode Island Hospital as a result of the injuries she sustained. Stephanie Tripp, of Fall River, was 30-years-old.

Investigators today are renewing their call for public assistance in their efforts to locate and apprehend the driver of the car that struck Ms. Tripp last Tuesday on Old Bedford Road in Westport.

Police and prosecutors have been able to discern the type of vehicle likely involved in the fatal hit and run.

It is now believed the vehicle that struck the pedestrian was a gray BMW 3 Series vehicle. The vehicle is likely a model from 1999 through 2005, and should have sustained minor damage to its hood, front end and/or front passenger side.

Police are actively seeking the public’s assistance in locating witnesses to a hit and run.

Westport Police received a 911 call at 8:15 pm last Tuesday evening to report a crash and a severely injured woman in the area of 288 Old Bedford Road. When first responders arrived, they located the victim, Stephanie Tripp face down in the breakdown lane suffering from major injuries. The victim was rushed to Rhode Island Hospital, where she remained in critical condition until her death this morning.

A preliminary investigation has revealed the victim was walking along the side of the roadway when she was struck by a BMW. The male operator of the vehicle exited the car and apparently told a witness he was sorry and didn’t mean to hit the victim. A witness told the driver to stay on the scene, but as the witness was providing aid to the victim, the driver sped off in an easterly direction on Old Bedford Road. Another witness attempted to follow the suspect’s vehicle, which, according to the witness, was traveling at high rates of speed and passing vehicles by passing into the opposite travel lane. The witness lost the suspect’s vehicle in the area of Faunce Corner Road in Dartmouth.

The vehicle’s last known location was a the corner of Old Fall River Road and Faunce Corner Road in Dartmouth. The vehicle may have sustained minor front end damage.

If anyone was in the area and saw anything, or has information about this case, they are urged to contact Massachusetts State Police Trooper Phil Giardino at 508-961-1928 or Westport Police detectives at 508-636-1122. Residents can also submit a tip about this case anonymously by utilizing our anonymous text a tip program. To anonymously text a tip to us, text the word “Bristol” to the phone number CRIMES (274637). Then just text us your tip. You can also submit a web-based anonymous tip by going to https://new.tipsubmit.com/en/create-report/anonymous/da.bristol.ma.us