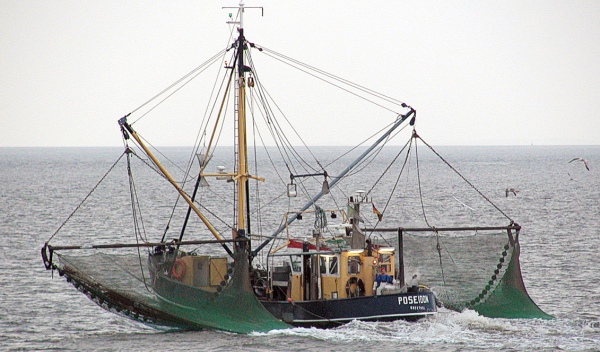 Today, U.S. Secretary of Commerce Wilbur Ross announced that the Department’s Economic Development Administration (EDA) is awarding a $16 million grant to the city of New Bedford, Massachusetts, to make port infrastructure improvements needed to protect commercial fishing businesses from floods and severe weather events. The EDA grant, to be located in a Tax Cuts and Jobs Act Opportunity Zone, will be matched with $4 million in local funds and is expected to create or retain more than 400 jobs and spur $4 million in private investment.

“The Trump Administration is committed to helping disaster-impacted American communities obtain the modern infrastructure they need to build resilience against natural disasters,” said Secretary of Commerce Wilbur Ross. “These port infrastructure improvements will better protect New Bedford’s commercial fishing industry from flooding, and the project’s location in an Opportunity Zone will drive additional private investment to the community.”

“New Bedford was struck by a severe winter storm with hurricane force winds and flooding in March of 2018,” said Dana Gartzke, Performing the Delegated Duties of the Assistant Secretary of Commerce for Economic Development. “This project will strengthen this vital commercial fishing hub’s resilience to future natural disasters, and its location in an Opportunity Zone will attract transformative investment.”

“Massachusetts’ ports are important economic hubs, and this funding will help ensure critical infrastructure and commercial fishing businesses in New Bedford are protected from future natural disasters and the impacts of climate change,” said Governor Charlie Baker. “Our administration is grateful for this partnership with the federal government as we work to create jobs while building a more resilient Commonwealth.”

Mayor Mitchell issued the following statement on the $16 Million grant for New Bedford:

“The EDA grant, along with the matching funds from the Commonwealth of Massachusetts and the New Bedford Port Authority, represent another major step in our effort to modernize the Port of New Bedford and maintain its standing as America’s leading commercial fishing port and the economic hub of Southeastern Massachusetts. Enhancing the resilience of port infrastructure is central to both our economic development strategy and climate adaptation efforts, and that is exactly what this grant will do.

“I am grateful for the support of the Economic Development Administration and Secretary Ross, along with Governor Baker, Lieutenant Governor Polito and Secretary Mike Heffernan, for their commitment to the betterment of the Port, our state delegation for their advocacy for the state matching funds, and the congressional delegation for its support.

“I wish to commend the indispensable efforts of Port Director Ed Anthes-Washburn and his team, who skillfully developed the proposal, and worked closely with the eminently dedicated and capable staffs at EDA, including Deb Beavin, and the Southeastern Regional Planning and Economic District, to see it through.”-Mayor Jon Mitchell.