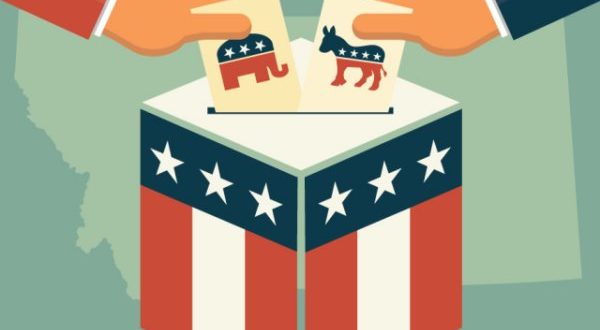 UMass Dartmouth students were part of a dramatic rise in voting participation during the 2020 Presidential Election, according to a recent report by the National Study of Learning, Voting, and Engagement (NSLVE).

For UMass Dartmouth students, increases were seen across all metrics. During the 2020 election, 65% of eligible students voted, up 14% from 2016. The university also saw a large increase in students registering to vote. In 2016, 78% of students were registered to vote – a number that grew to 85% in 2020.

Groups across campus worked to improve the university’s student voter turnout, including “UMassD Votes 2020.” This collaboration of students, faculty, staff, and members of the Town of Dartmouth community aimed to increase student voting rates in the 2020 general election and details ways to create a sustainable culture of voting on the UMass Dartmouth campus. The group, with help from the Leduc Center for Civic Engagement, adopted TurboVote to create an easy portal for students to find voting information. UMass Dartmouth also participated in the ALL IN Campus Democracy Challenge and Ask Every Student Campaign to boost voting awareness.

The 2020 NSLVE Campus Report studied roughly 9 million students across 50 states and more than 1,000 campuses. Of the participating campuses, 97% saw rate increases from 2016. The most impactful increase was the average institutional voting rate, which surged from 53% in 2016 to 66% in 2020.

NSLVE is an initiative by the Institute for Democracy and Higher Education (IDHE) at Tufts University’s Jonathan M. Tisch College of Civic Life. The mission of IDHE is to “shift college and university priorities and culture to advance political learning, agency, and equity. We achieve our mission through research, resource development, technical assistance, and advocacy.”

The collection of data included reflected the percentage of an institution’s students who were eligible to vote and who did vote in the 2016, 2018, and 2020 elections. The results are based on enrollment records submitted to the National Student Clearinghouse (NSC) and publicly available voting files collected by L2 Political.