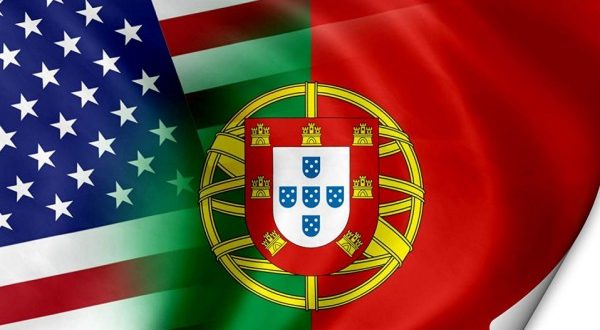 Dr. Paula Celeste Gomes Noversa looks to strengthen connection of the archives to the community.

“Dr. Noversa has devoted her life to the study of Portuguese history, literature and culture,” said College of Arts and Sciences Dean Pauline Entin. “Her academic accomplishments, combined with her familial ties to Portugal, and her own experience growing up and living in Fall River and New Bedford, prepare her for this important position. We all look forward to the contributions she will make to celebrating and sharing the immense contributions of Portuguese-Americans to society.”

“I am honored by this appointment and excited to start strengthening the connection of our students, faculty, and the community to the immense cultural treasures of the Ferreira-Mendes Portuguese-American Archives,” Dr. Noversa said. “The archive holdings tell a rich story of the Portuguese-American experience, which is central to the story of America. I have big shoes to fill as I follow Dr. de Sa, but she has left a strong foundation to build upon.”

An alumna of UMass Dartmouth, Dr. Noversa studied History and Portuguese Literature here and spent one of her undergraduate years at the University of Lisbon (Clássica) as a Camões Institute fellow.

She earned her doctorate in history in 2012 at the University of New Hampshire. Her dissertation, “Shifting Alliances and Fair Weather Friends: Portuguese-U.S. Relations, 1941-1951,” analyzed the diplomatic relations between Portugal and the United States from 1941 to 1951. During her dissertation research, she utilized archival resources in Lisbon as well as those in the United States. She conducted extensive research at Torre do Tombo (the Portuguese National Archives) was a fellow at the Ministério dos Negócios Estrangeiros (Foreign Ministry Archives) and at the Biblioteca Nacional (National Library). She also utilized the National Archives in Maryland and was a Truman Scholar at the Truman Presidential Library in Independence, Missouri.

Dr. Noversa’s parents and seven siblings immigrated to the United States from Braga in the Minho (a province of northern Portugal) and settled in the north end of Fall River, a lived experience that has informed her teaching of courses such as The Portuguese in America; The History of Portugal; Portuguese Culture & Civilization; and 20th Century Portugal. She has also taught in the Graduate Program at Providence College. She now resides in New Bedford.

She is currently writing a chapter for a collected volume entitled, Revisiting Two Portuguese Communities in New England for Tagus Press. The chapter, “The Portuguese of Fall River and the Fight for White Working Class Status,” builds upon her earlier research into Portuguese immigration to the United States. She has given multiple conference talks and public lectures on Portuguese-American relations and immigration. Her research on the Portuguese in Lowell resulted in an exhibit at the Boott Mills National Park in Lowell Massachusetts entitled, “The Lure of the Spindle: Early 20th Century Portuguese Immigration to Lowell.”

Also a teacher of Public History in America (a service-learning course) at UMass Dartmouth, she has organized and coordinated internships at public history venues in the community, and has collaborated with venues such as the Battleship Cove, the New Bedford Whaling Museum, the Fall River Historical Society, and the National Park Service in New Bedford.