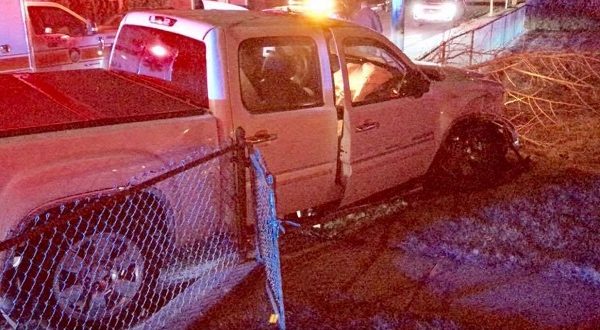 There were two OUI related car accidents in New Bedford that sent both drivers to the hospital early Friday morning.

Around 1am, New Bedford police officers observed a vehicle traveling the wrong way north on Route 18 at a slow rate of speed. Officers observed damage and smoke coming from the vehicle.

After police officers spoke with the operator it was determined she had been operating under the influence of alcohol and charges. She was transported to St. Luke’s hospital and will face the following charges:

At 2am, New Bedford police officers responded to a single-vehicle crash that struck a tree and crashed through a fence. Based on observations and further investigation, it was determined the male driver was under the influence of alcohol. The driver was transported to St. Luke’s Hospital and faces the following charges: