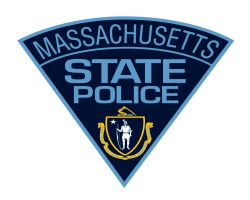 Troopers Save Woman Who Was Trying to Jump from Overpass

oday (Wednesday, October 21) at 1:27 p.m., Trooper Daniel Quigley was on patrol when he observed a woman scale a fence on the Liberty Street Overpass over Route 291 in Springfield.

Troopers assigned to the Springfield Barracks responded to the location to assist and shut down the highway. Trooper Benjamin Joress and Trooper Michael Trombley were able to secure and prevent the woman from jumping. Trooper Joress used bolt cutters to cut a hole in the fence so they could pull the woman to safety. Other troopers who assisted Troopers Quigley, Joress and Trombley were Sgt. Grace Bray and Troopers Burt Fahy, Sean Dennehy, and Matthew Donah.

The woman, a 29-year-old Springfield resident, was transported to Mercy Medical Center in Springfield for evaluation. Route 291 is now re-opened.

Previous POLL: What are your biggest priorities for the future of New Bedford?
Next Two New Bedford men charged with cocaine trafficking