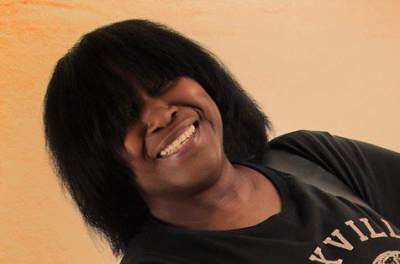 The legendary singer/songwriter/guitarist Joan Armatrading arrives at The Zeiterion Performing Arts Center on Friday, September 25, 8PM with her first solo and last major world tour. The British Grammy-winner, best known for global hits like “Love and Affection” and “Me Myself I,” will perform a two hour concert that shares the highlights of her extensive career. The set will also include an intimate photo montage, narrated by Armatrading herself, which beautifully captures her career in pictures. Tickets start at $35 and are available online at www.zeiterion.org, by calling The Zeiterion Box Office at (508) 994-2900.

One of the world’s most prolific songwriters and musicians, Joan Armatrading has released over 20 acclaimed albums and received three Grammy nominations. She sees the occasion of her extended final world tour as an opportunity to connect with her passionate, fiercely loyal international fan base in an intimate and personal manner. Joan says, “I will never retire but this will be the last major tour that I will undertake. I have absolutely enjoyed the last 42 years of performances but now, with my final major tour, I want to capture a unique memory for both myself and the audience.”

Armatrading promises that the performances will feature material encompassing her entire storied career, which spans more than four decades. Her body of work has established Armatrading as one of the world’s most respected and influential singer-songwriters, possessing a distinctly expressive voice as well as a rare gift for merging resonant lyrical insight with sublime melodic craft.

This world tour is a historic event for Armatrading in more ways than one. In addition to being her farewell to the touring circuit, these concerts will mark the first time that she has toured as a solo performer, accompanying herself on guitar and piano without the aid of other musicians.

“I want it to be a special one-to-one experience,” Armatrading states. “So for the first time, these concerts will be me solo on stage playing and singing. These will be lively interactive concerts, because I will be asking the audience to put their questions to me on the night.”

Opening for Joan is Melissa Ferrick, alternative-folk singer songwriter from Ipswich who combines the emotional honesty of her lyrics, the force of her vocal delivery and the disciplined fury of her musicianship for a moving concert experience.