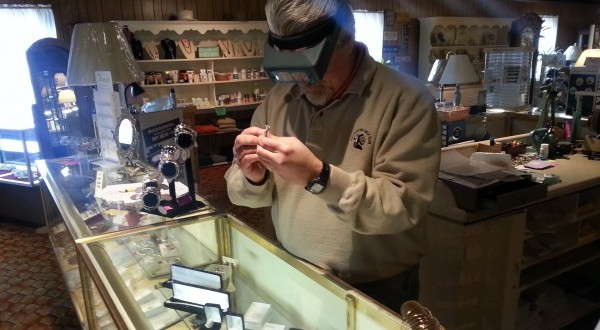 For a small business to be around and succeed for five years is saying something. Ten years? Twenty? FIFTY? An amazing accomplishment that speaks for itself. When the Surrey Shoppe first opened man hadn’t even walked on the moon yet – he was just about to. Beatlemania wasn’t a thing yet. Ali had yet to fight Liston, and Nixon had yet to state that he was not a crook.

Let’s clear one thing up straight away: a Surrey is an old name for horse-drawn carriage with four wheels and two seats. You know those carriages that pop up in all those vintage 19th century photos? Same culprits. While there IS a Surrey inside the “shoppe,” surreys are not sold there. Proprietor Joel Gonsalves inherited the business from his parents who started it. All are avid history buffs, especially fond of New Bedford’s history. The name of the business and the old-fashioned spelling of shop hearken back to, and pay respect to the history here.

So, no surreys for sale. The name has been clarified. Now, what is the Surrey Shoppe? The short and simple is that the Surrey Shoppe is a large shop that provides a number of services and sold gifts of distinction – I say “sold” in past tense, because after more than 50 years Joel is closing the physical brick & mortar business and going digital and the services he offers will, of course, continue.

Which type of services are we talking about? Own a watch? You can get it engraved, repaired, or the battery replaced. Have jewelry that you want repaired or even designed? Yes, designed. Own precious metals that you want to sell? Need custom printed invitations for weddings, corporate events, birthdays, anniversaries or any other special occasion? The Surrey Shoppe is the destination for these services which have become a lost art. He even includes special order service, complimentary gift wrapping and delivery. Finally, you may want to sit down for this one: he even does house calls for certain services!

Thus a more accurate way to describe the Surrey Shoppe is to say it is a who not a what. Joel is an integral aspect of the Surrey Shoppe and he can’t be separated. What distinguishes the Surrey Shoppe’s services from larger stores and shops is the person – someone who got his start working along side his parents at the tender age of four years old when Therese and Matt Gonsalves borrowed money from Matt’s life insurance policy to purchase Mary Lou’s Card Shop in 1962.

Matt was a handy woodworker and would create things with Therese at night in the basement of their home and pedal them from the family station wagon on Cape Cod during the day with Joel in tow. Things went so well that they thought that selling these items in their own shop would be worthwhile. Thus the purchase of Mary Lou’s Card Shoppe changing the name to The Surrey Shoppe as the building had formerly been a livery stable. Success was rapid and they quickly outgrew the space.

Land next door was purchased and the current 4,000 square foot shop was built and opened in 1965. Joel would observe and learn the art of salesmanship, home staging (before it was even heard of), and customer service, backed by honesty, integrity, and an unceasing work ethic. Fifty years later he’s doing those exact same things his parents did. Fifty years…for the younger crowd, this would make him a grand master. A Jedi!

Fifty years not only translates into expertise, but trust. He’s been there fifty years, you can bring your most valuable possessions to him and have complete faith that they are in good hands – that they will not only be in safe-keeping, but the results will exceed your expectations because of the sheer amount of knowledge and experience. Fifty years also means Joel knows you. He knows what you prefer, like and enjoy. He knows what he’s done for you in the past and what you’ve mentioned in conversation. He has an uncanny ability to remember all his customers and their history. This is something I have seen first-hand numerous times.

There is no fancy, high-powered computer, no massive file system, there is only Joel’s memory. Contrast this to going to a chain store where you are serviced by a different employee each month, because of the high rate of turnover.

Imagine going to one place for a wedding anniversary and simply stating “I need something for Jane. It’s our 10th anniversary.” or “It’s Bill’s birthday, got anything?” THAT is service you rarely bump into these days. It’s one of the primary reasons Joel has been around so long. When you factor in that Joel’s prices for his services and goods compete or in most cases, more affordable than what you will find at these larger stores, it’s a no-brainer to see what he does and offers. Better service, more affordable prices, and you are called by your name not a number.

This service that Joel provides is something that was commonplace at one time, but has died out sadly enough. This type of service should be the norm, but with the advent of chains and large department stores came high turnover rates and depersonalized service.

If you are a past customer who is concerned about your club cards or gift cards, don’t fret. Joel will honor them all. If you enjoyed the eclectic goods he offered, or a new or potential customer that would like to see them, you will still be able to browse and purchase through a phone call or visit to the links below. On September 28th, Joel will be closing the physical building, so that means some rather larger discounts and deals, upwards of 75% off.

Stop in and touch base, see how you can stay connected if you are a past customer, or how to connect if you have never stopped in before. Send him your email to keep abreast of developments, deals, discounts and other aspects. Maybe you can pry and find out some of the new ideas and ventures Joel has that he will be diving into in the near future. Whether an old or new customer, Joel would love to see your face!

Have any old, broken, or unwanted jewelry, coins, or flatware made of gold, silver, or platinum to sell? Mention this page and receive cash for your metals PLUS an ADDITIONAL 10% more in regularly priced Surrey Shoppe merchandise or services as a bonus!

For example, bring in $500.00 worth of precious metals in any form between now and September 28. Get paid $500.00 in cash AND receive an additional $50.00 credit to spend on regularly priced merchandise in stock or services in the store while you’re there! Does not apply to previous metal sales. Get in soon as merchandise will go quickly and this offer expires on September 28, 2016 and will have no value after that date.

When Joe isn't writing, he's coaching people to punch each other in the face. He enjoys ancient cultures, dead and living languages, cooking, benching 999#s, and saving the elderly, babies and puppies from burning buildings. While he enjoys long walks on the beach, he will not be your alarm clock, because he's no ding-a-ling.
Previous An Evening with Singer-Songwriter Anne Hills in New Bedford
Next Promote Your Business By Sponsoring Our Live Stream Community & Feel-Good Videos 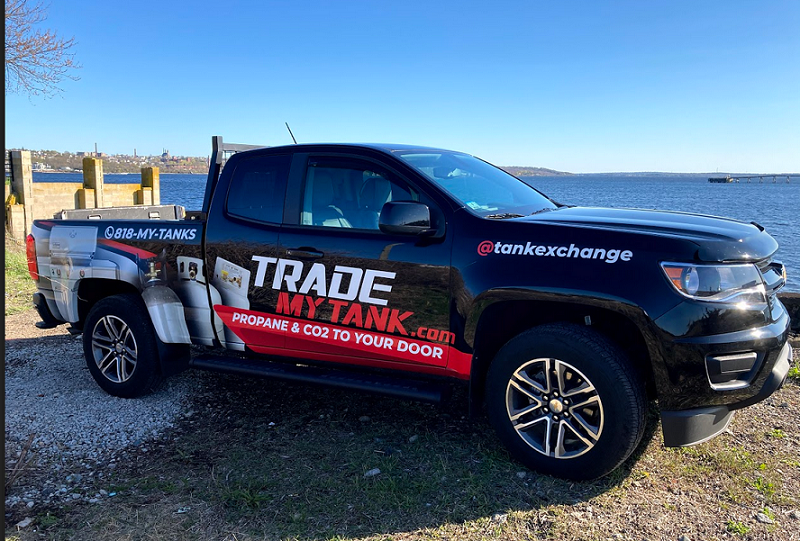 Tank Exchange Will Take The Stress Out Of Your Backyard BBQ 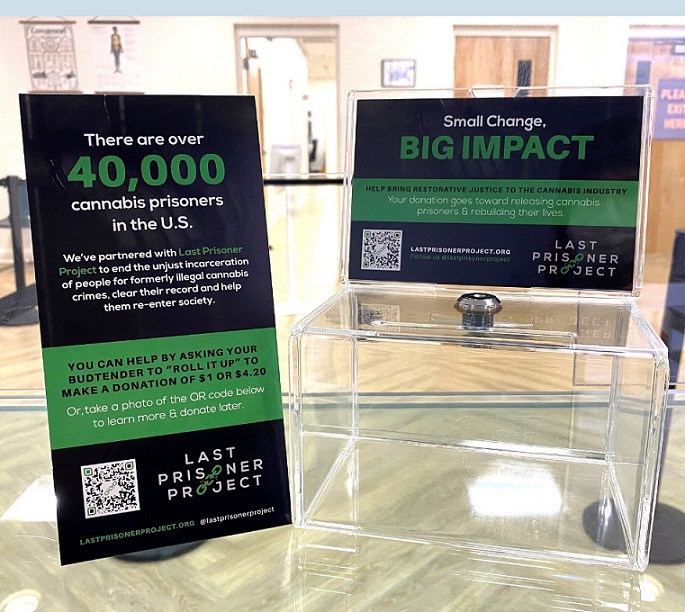 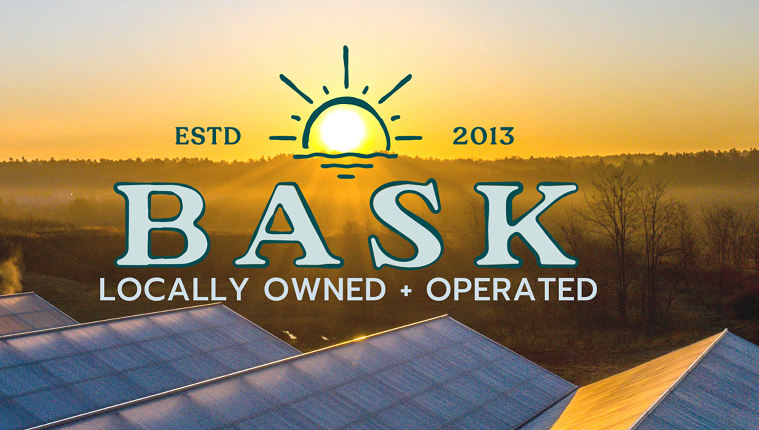 During the month of January, the 17th Lights for Peace flag to fly at the …