It’s been a busy weekend in theaters all across the country thanks to one of America’s favorite masked superheroes; Batman.  Few film franchises have gotten such attention and acclaim as Christopher Nolan’s series which came to its thrilling conclusion with the release of The Dark Knight Rises this past Friday.  There were high expectations for this third installment of a trilogy that has wiped out box office records in the past few years and brought a whole new level of darkness to a comic book legend.

Batman has been my favorite superhero since childhood, and to this day a framed poster from the classic Batman comic hangs on my wall.  I was thrilled with Nolan’s direction of taking the Batman movies into a direction of darkness, because frankly, those were by far the best comic books (especially the Frank Miller comics).  Thus, I was there amongst the crowds on opening night for The Dark Knight Rises, feeling very hopeful that it would live up to my expectations.

I would say that for the most part, The Dark Knight Rises delivered with 2 hours and 45 minutes of thrilling action scenes, complex villain development and plenty of angsty Bruce Wayne brooding.  There were a number of plot twists, some more clever than others, but overall it had me on the edge of my seat and earned a round of applause from the audience when the credits rolled.

As with the previous two films, there are many curve balls thrown into The Dark Knight Rises, plot and I certainly don’t want to spoil any of them for you.  As you’ve surely seen in the trailers, this movie starts eight years after Batman defeats The Joker but is framed for the murder of Harvey Dent.  Bruce Wayne has retired from his crime fighting night job, and in fact has retired from society as a whole, living as a recluse in a closed off wing of Wayne Manor.  A new enemy rises and threatens Gotham, the infamous gargantuan Bane and Batman is pulled from his den of self loathing.  Oh, and Catwoman starts to appear as well.

I think the number one question on most moviegoers’ minds is how cool Bane is in the movie.  Tom Hardy does a great job playing Bane and actually packed on 30 pounds of muscle to measure up to the comic book behemoth who could physically take Batman on any day of the week.  They clearly made some changes to Bane from the comic books, most for the better in my opinion, giving him a well developed back story and a mask that seems a lot less ridiculous than the wrestling mask depicted in old drawings.  As usual, The Dark Knight Rises strove to create a believable villain.  The only downside to that was that they never explained his clearly beyond human strength, leaving us only to conclude he was just naturally, absurdly strong. 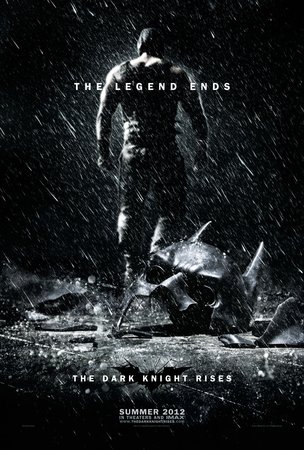 The next question brewing on my mind when I entered the theater was how Anne Hathaway would do as Catwoman.  For me, Catwoman was one of the only cool female characters in comic books for many years (sorry Superwoman).  Catwoman always had a very dynamic relationship with Batman, sometimes as nemesis and sometimes as ally, but always doing what was most self serving and willing to use whatever tools at her disposal to win.  This made her a very interesting character in both comic book and movie interpretations as she is primarily a survivor and often a heartless seductress.  Initially I was concerned about the casting of Hathway for such an edgy roll.  I can never seem to stop thinking her as being the awkward teenager from The Princess Diaries.  I was pleasantly surprised by her portrayal however; confident, graceful, poised and manipulative. Everything a Catwoman should be, and with a few surprises that I will save for your viewing pleasure.

As with its predecessors, the production quality of The Dark Knight Rises was top notch, with plenty of heart stopping action and emotionally captivating imagery.  The attention to detail and industry changing special effects are part of what have made this trilogy so great in the first place.  The other part has been the acting, with incredible performances from great actors like Michael Caine and Gary Oldman, as well as Heath Ledger’s unforgettable portrayal of The Joker.  And of course, it would be unfair not to mention that Christian Bale has created a new generation of Batman fans with his moody portrayal of the Dark Knight.  In my mind, the new cast additions for The Dark Knight Rises lived up to this standard of quality filmmaking.

As always, there are some things that stick out in my mind as being less than ideal about the movie.  To be fair though, this is mostly because we all have our own vision of what should happen in a highly anticipated finale and it can’t match every individual expectation.  There were a few questions I was left hanging on to by the end, and a few plot developments I felt were subpar.  I won’t go into any of these because they may spoil the plot, and also because it is unnecessary.  Overall, The Dark Knight Rises hit all the big check marks for me; awesome action, quality acting, well developed villains, a high adrenaline plot and abundant darkness.

On the note of darkness, The Dark Knight Rises is by far the most grim movie of the the trilogy, holding back nothing to create a vision of hopelessness for Gotham’s future.  I say kudos to the filmmakers for not wimping out on really creating a dire situation for Batman and the entire city and for really going out with a bang.  This movie is rated PG-13, but the level of violence and despair makes it quite unsuitable for young children.  If you’ve seen the other two Batman movies, you doubtless know that they can be downright scary, and this is no exception.

Overall, The Dark Knight Rises is definitely worth the price of admission and is film worthy of ending a great trilogy.