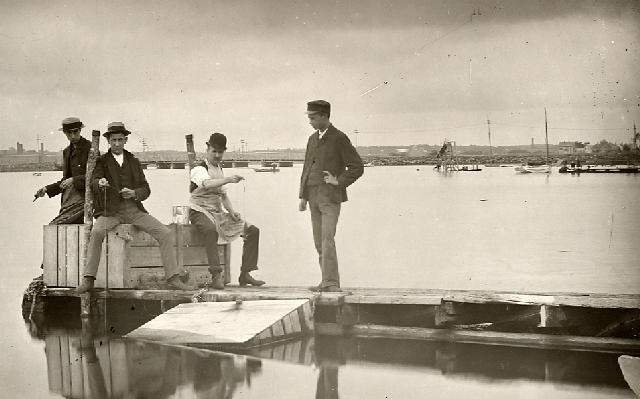 They would toss refuse, garbage, tires, mattresses, or anything else they felt like. This was done since the first settlers and colonists. In spite of the fact that in 1904 the Board of Health closed the river to swimming and shellfishing, the Acushnet Processing Plant now known as The Acushnet Company went on dumping it’s chemical cocktails into the river anyway. A mixture of waste and re-processed tires.

In 1912 a new interceptor sewage line was built as a way to divert the sewage. Guess where this sewage dumped out? Clark’s Point. Hey, they said “No more dumping in the river.”, not “No more dumping in the sea.” Since pumping districts were still being built to keep up with demand, only some of the dumping into the river was halted. Only 5 pumping stations out of the needed nine were built. 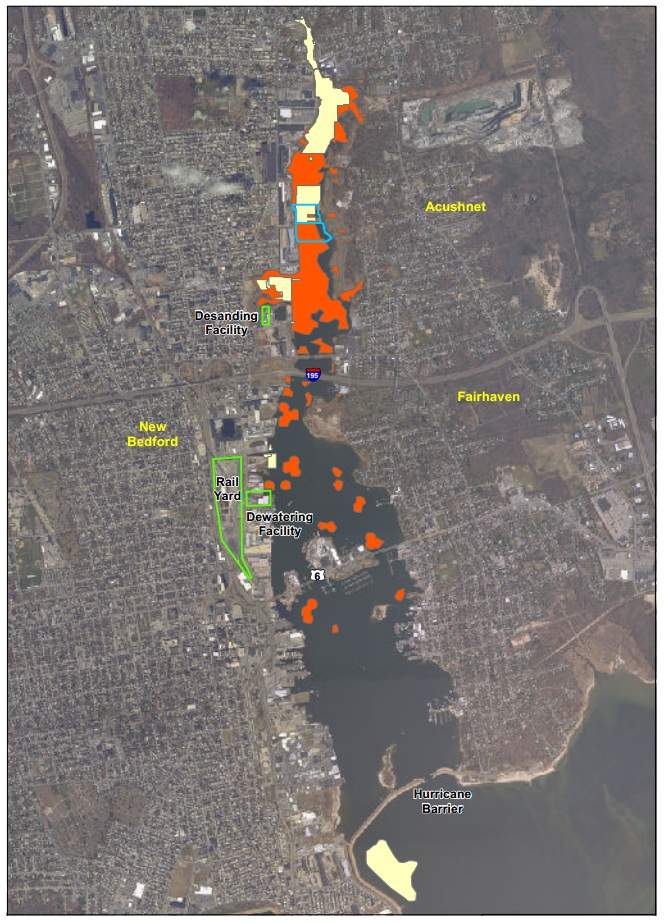 Here in the 1920s is where PCBs or Polychlorinated Biphenyls enter into the picture. They were brought here – have a seat for this one – the Monsanto Corporation who is responsible for their invention. Why the heck were they ever important? They were used as a coolant for electric motors, transformers and capacitors. One of the reasons PCBs never raised many alarms was because they are tasteless, and odorless. Scary stuff.

Problem is in spite of what seems to be a gentle liquid, it devours skin and it decomposes very slowly. Hence the predicament we are in today. These afore-mentioned pumping stations weren’t resumed being built until 1947 and even when finished companies still dumped into the river. Oh boy. From 1939 until as recently as 1978 Aerovox Corporation was dumping PCB, polluting the land and water. Problem is that no one knew -or admitted they knew – that PCBs were bad for your health until a scientist in far away Sweden discovered they were. They were immediately banned by the Environmental Protection Agency (EPA). In 1973 they had banned it for some uses. This time it was total.

We have a long way to go yet, before we see the gorgeous natural resource return to even a shadow of its former glory. Something I doubt I will see in my lifetime, but perhaps my daughter can tell her children that once upon a time the Acushnet River used to be polluted. They can turn to her and say “Oh mom. You’re always pulling our leg.”