Home / Latest / T will no longer transport police to protests 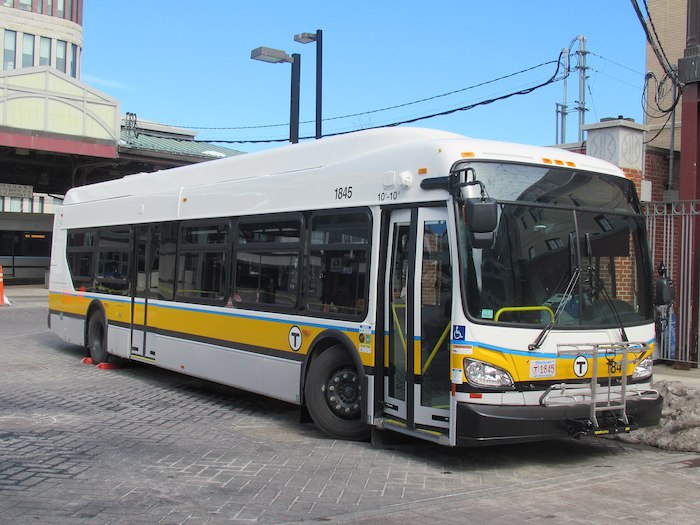 T will no longer transport police to protests

The MBTA will no longer use its buses to transport non-transit law enforcement to and from protests against police violence that have occurred in Boston and other cities and towns across the state over the past week.

Following outcry from activists and direction from the Fiscal and Management Control Board that oversees T operations, the MBTA changed its policy effective Friday, spokesman Joe Pesaturo confirmed. The Boston Globe first reported the news earlier in the day. Pesaturo said “several members” of the FMCB instructed MBTA officials to halt using buses as transportation from police staging areas to demonstration sites, but did not reply to follow-up questions about whether the direction came in the form of a formal vote or if any of the five board members disagreed. Transit Police personnel will still be allowed on T vehicles “in support of their public safety responsibilities safeguarding MBTA infrastructure,” Pesaturo said.

The T has faced sharp criticism over transporting police, which the TransitMatters advocacy group said it “watched in disappointment,” and for taking downtown Boston subway stations offline during protests, limiting options for protesters attempting to return home. After the agency changed its police transport policy Friday, the State Police Association of Massachusetts blasted the decision as “shameful and overtly pander(ing) to the false rhetoric and anti-police agenda of the few.”

“More important, they fail to support our defense of the peaceful calls for change of the many,” the union said, also aiming complaints at UMass Boston for closing the school’s campus to police parking. “These actions place needless hurdles to the protection of life and property, and they put the public at large at risk.”