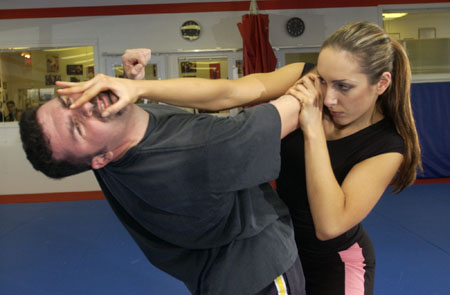 Staying Safe in an Unsafe World

When I moved to New Bedford seven years ago, I arrived with the preconceived notion that this was not the place I wanted to settle down and raise a family. Why did I think this? Because that is what I had heard about New Bedford growing up: lots of crime, violence, gangs, and an overall unsafe environment. These issues exist, but they shouldn’t define a city so rich in history and culture. The truth is, I had probably known all along about New Bedford’s great aspects, but only remembered the bad. Every community has its problems, some just larger than others.

At about the same time I moved to New Bedford, I started training in Krav Maga, an Israeli self defense system developed in the late 1940’s in which the techniques are based on a person’s natural reaction to an attack. Its simplicity is what attracts so many people to train in Krav Maga. Krav Maga’s only rule is to get home safely, by any means necessary. I had grown tired of going to the gym and lifting weights. I was now married with children and was looking for something that fit into my hectic schedule. Krav Maga provides a great aerobic and anaerobic workout, so along with learning how to keep myself safe, I was getting into the best shape of my life.

When it comes to a “self defense system” like Krav Maga, it’s not all about physical strikes. There are many mental aspects involved that come into play before having to place your hands on another person. Here are five simple suggestions to keep you safe and out of harm’s way:

1. Be alert and aware of your surroundings. It is possible to do this without “living scared.” During a conversation with a friend of mine, she was telling me that she had instructed her young daughter to avoid eye contact with anyone she perceives as being “creepy” while walking down the street. I had to disagree with her. My reasoning was this: Look people in the face, look around, and know who and what is around you. What’s one thing that a criminal doesn’t want you to know? Who they are! The simple act of looking a potential attacker in the face may cause that person to think twice about attacking you. You know what they look like, you can provide a description to law enforcement, and you’re not an easy target. Also, looking someone in the face is a sign of self confidence. Research has shown that criminals will look for “weak targets.” Don’t be a target! We live in a society where our faces are buried in our phones and potential warning sounds are muffled by ear buds blaring our favorite music; not exactly a heightened state of awareness. 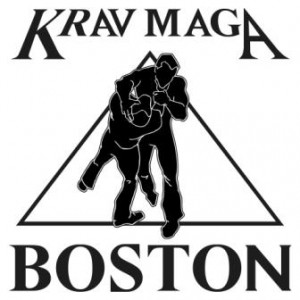 2. Be prepared (and not just for the end of the world!). Some people make their fortunes by helping others “prep” for the end of the world; I am not one of them. What do I mean by being prepared? Have your keys in your hand when walking to your car. Try to walk with others at night if possible. Have some idea of how you would react if someone broke into your home. Would you run outside? Where would your family members meet? Would you stay and fight? Have an idea of what you would do before it happens.

3. Be smart. Making the right decisions can keep you out of potentially violent situations. These decisions can be anything from not running alone at night to not parking your car in an area that is secluded from others. I tell my classes, if someone tries to rob you of your wallet or purse, give it to them! I don’t have anything in my wallet that is worth more than my life. Why get shot, stabbed or physically assaulted for a few credit cards or some cash? If the assailant is trying to move you to another location, it’s now time to think about fighting back. I also tell my students to run if at all possible. Whatever it takes to return home safe, do it.

4. Be confident in your decisions. We all have that “sixth sense” that tells us when to react. We don’t know what it is, or how it works, but it does! If you feel unsafe in a situation, leave. If you feel like you’re being followed, get into an area full of people. Be confident that you are making the right decision. If you were sitting in your living room and smelled smoke, you would investigate to find the cause. You wouldn’t wait until your house was burning down around you before you decided that it was time to act. That’s the same attitude when it comes to self defense. Don’t wait until the situation has gone from bad to worse; act before and be confident in your actions.

5. Be empowered! This is a combination of all of the above, but comes down to one principle, and that is staying safe. Empowerment can come from working out, taking a self defense class, etc. Empowerment can be self confidence, an improved sense of self esteem, or just being in great shape. Whatever it is, do it!

David Eaton, Jr. is the lead Instructor at Krav Maga Boston in New Bedford. He is currently teaching a Krav Maga class at 10 a.m. on Saturdays at the New Bedford Fitness and Martial Arts Center on 665 Orchard Street in New Bedford. Full schedule here. You can contact him at Kravmaga.deaton@gmail.com.